Meta.mk
Main Section The ratification of the North Atlantic Treaty will be the only point...

During the 133rd parliamentary session set for tomorrow starting at 15h, the MPs will casting a vote for the draft law for the ratification of the North Atlantic Agreement, which is the last step regarding Macedonia’s accession in NATO’s Alliance.

It’s a content of an agreement that was written on the 4th of April 1949 and for the first time it was signed in Washington, and was changed with the Protocol towards the North-Atlantic Treat for accession of Greece and Turkey that was signed in London on the 17th of October 1951.

The Agreement, which has only 14 articles, among other issues, states that the signers are obliged, as is determined by the UN’s Charter, to solve any kind of international dispute that they might get involved in, with the use of peaceful means, in a manner that will not jeopardize the international peace, security and justice and that within their international relations they will restrain from threats and the use of force in any way which is not in accordance with the goals of the United Nations.

“Each side will contribute to the ongoing development of peaceful and friendly international relations, through the strengthening of free institutions, with the goal of allowing a better understanding of principles that these institutions are based upon and through promotion of conditions contributing to stability and welfare. They will try in their international economic policies to remove the clashes and will support the economic cooperation with some of them or with all of them” is what’s written in the agreement.

further, with the goal of a more efficient reaching of the Agreement’s goals, the sides, either unilaterally or jointly, and through a continuous and efficient selfhelp and mutual aid, will keep and will continue developing their individual and collective abilities in order to fend off armed attacks.

“The sides will be consulted jointly whenever according to one of them, there is a threat to the territorial integrity, political independence or the security to each of the sides” states the agreement.

It implies agreement from the signers that an armed attack against one or more countries in Europe or North America will be considered as armed attack on all of them.

“The agreement will not influence nor will be interpreted as an influence in any way on the rights and obligations that come out of the Charter of the sides that are members of the United Nations or the primary obligation of the Security Council for keeping international peace and security” states the agreement. 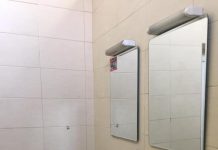 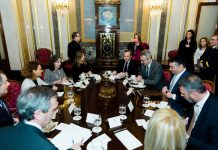 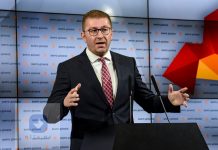