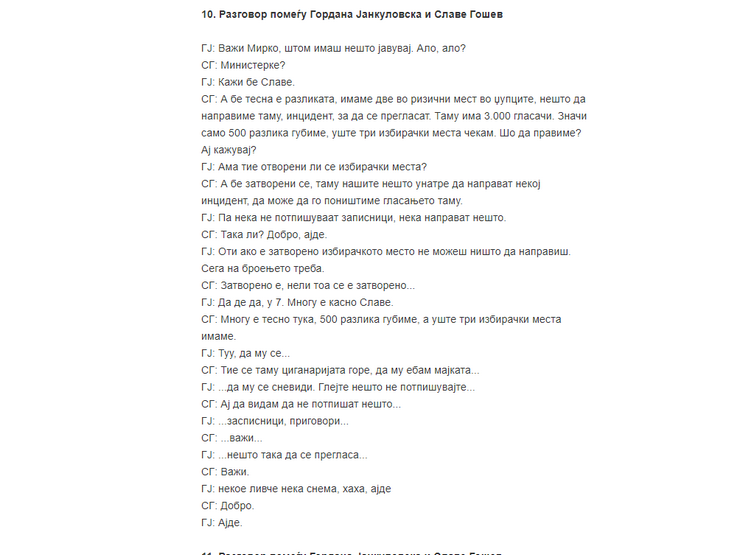 “The bombs” that were already published and still exist on the Internet, will not be destroyed or sanctioned, said the former Minister of Interior Pavle Trajanov, after the Ministry of Justice announced that with the new law of Public Prosecution, SPO will have to destroy the materials from the illegally wiretapped conversations.

A problem are the unpublished “bombs” that are owned by political parties and individuals and can serve to blackmail, said Trajanov.

-I think that the law with which the SPO was formed also determined the treatment of these materials, and certain fines are planned. But, another system was put into use, and the bombs were published on Youtube by anonymous profiles – reminds Trajanov.

Last March, SPO announced that during a search through the residences by several persons it has found more than 100.000 audio recordings from illegally wiretapped conversations. One of the persons was suspected of running the Youtube channel titled Nicola Tesla where previously unpublished bombs were published.

-This public prosecution is in the process of analyzing more than 100.000 audio files that were gathered through searches of residences and currently we are investigating whether these audio files and its numbers represent a case of illegal interception of communications – said SPO in its report about its work in March last year.

Trajanov thinks that audio recordings of unreleased “bombs” can be found at other places.

-There is information that political parties posses unreleased “bombs,” even individuals are in possession of this material and they use them to blackmail…the responsibility will have to be strengthened and the state and its services should find these materials. It remains to MoI and the Agency of National Security to work on searching and preventing the potential revealing of these materials which in turn will reveal personal data and private information about the parties. It’s one thing to use these materials for finding misuse and it’s another if they are used to reveal details from people’s private lives, as it was done – said the former minister.