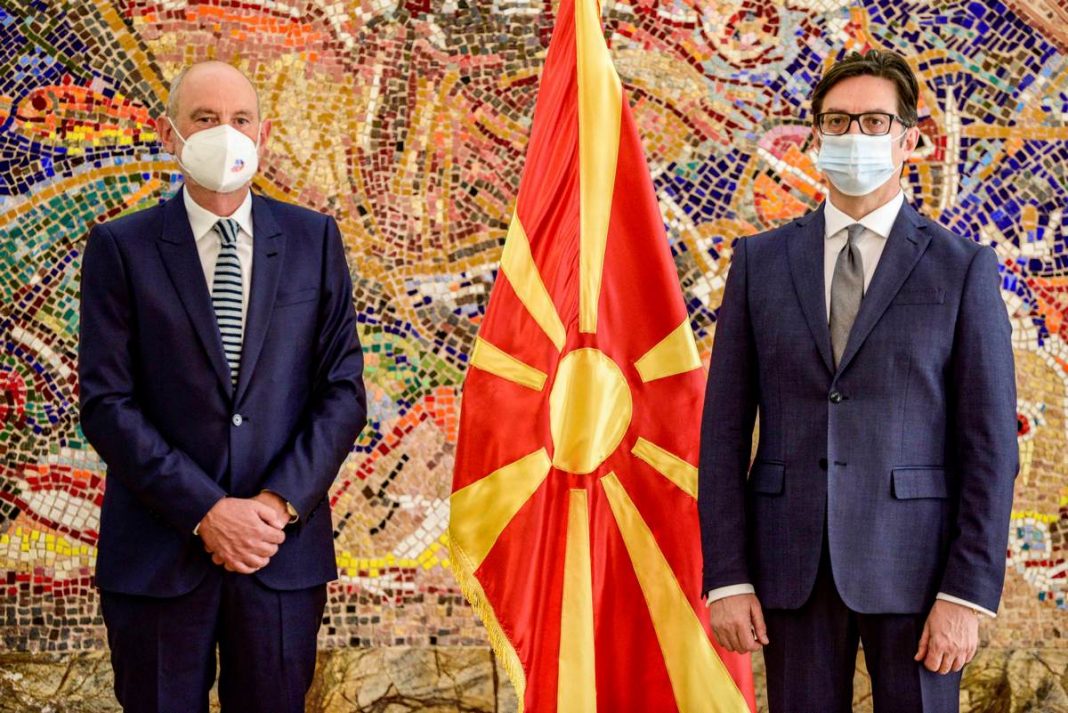 The new Head of the European Union Delegation in Skopje, Ambassador David Geer handed over the letter of credence to President Stevo Pendarovski.

“Ambassador Geer promised that during his mandate he will work with the institutions, the political forces and all actors and sectors in the society nationwide. The President and Ambassador Geer exchanged opinions about the North Macedonia’s EU accession process, the advancement that Macedonia has achieved so far, and the future reforms and forthcoming challenges. Ambassador Geer expressed his determination to support the process of positive reforms in the interest of freedoms, prosperity, and security for ordinary citizens,” informed the EU Delegation.

The new ambassador’s mandate as Head of the EU Delegation is 4 years. He replaces the former EU Ambassador Samuel Žbogar in the post, whose mandate ended this month.