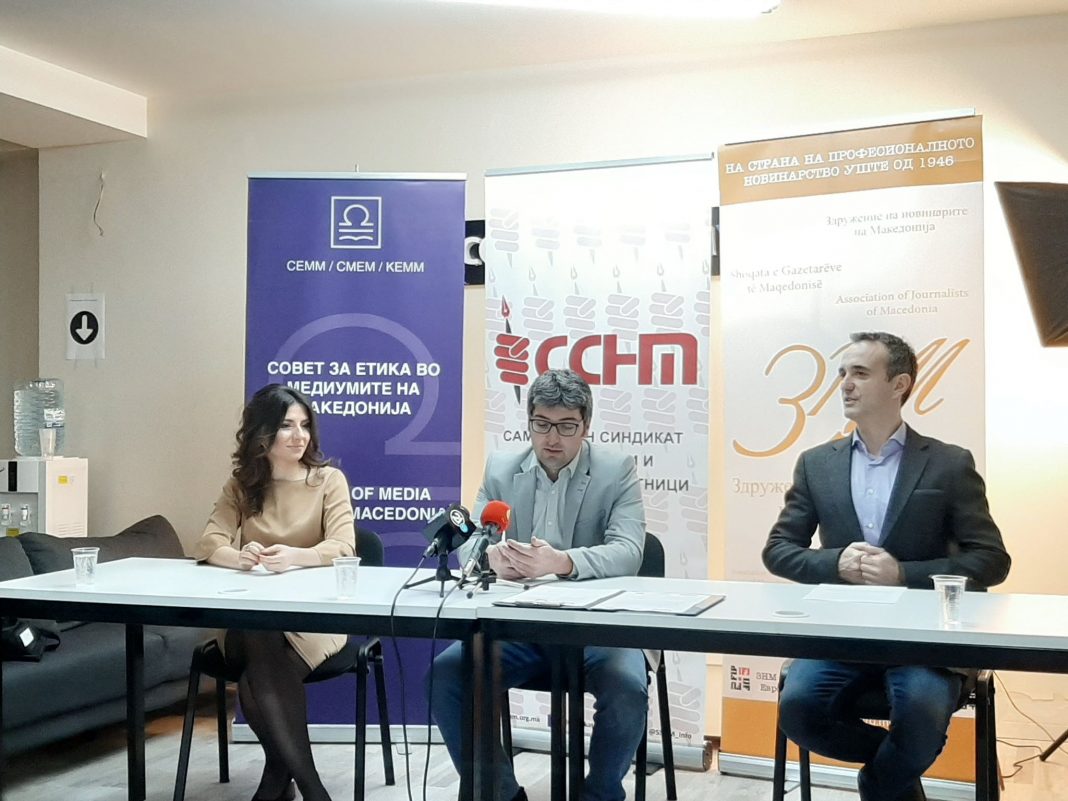 “The press release indicates that the reasons for climbing the list is the improvement of the journalists and media workers’ rights, but that hasn’t been evidenced like that in “Reporters without Borders’ report. SSNM stresses that the initiatives and activities on part of the Syndicate, the Association of Journalists and the Council of Ethics of Media in Macedonia were stressed as positive and has indicated as “very significant achievements” but only on part of the guild” wrote SSNM.

The Government must do a lot more if it wants a minimum improvements int he domain of journalists working conditions and for that purpose legal changes are necessary, states SSNM’s reaction.

SSNM stresses that most of the so called traditional media do not obey basic workers rights, and at most of them there are direct bans for syndicate activities which is contrary to the Labor Code.