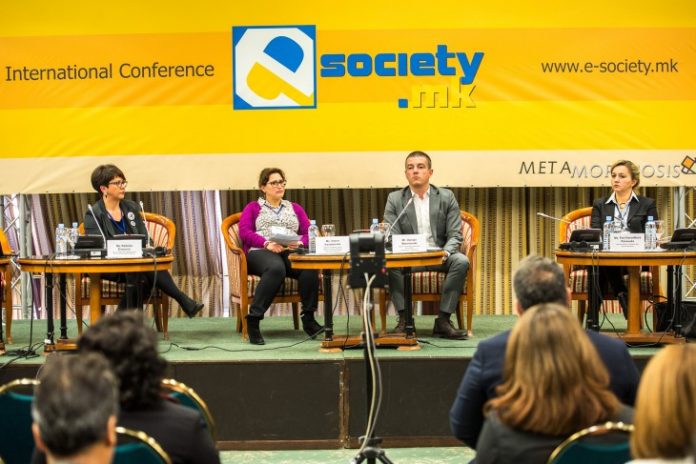 On the 27th and 28th of November at the Holiday Inn hotel in Skopje, the 15th Fifteenth International Conference e-Society.mk – Open institutions and accountability will be organized by the Metamorphosis Foundation.”

The Conference is the final event of the 4 year project ACTION SEE (Accountability, Technology and Institutional Openness Network in the South East Europe region) where 7 organizations from the Western Balkans and UK conjoined their efforts in promoting and ensuring government accountability and transparency in the region of South-East Europe. The main aim of the project is to increase the inclusion of civic society and media organisations in decision making processes and the creation of public opinion and policies, as well as to raise the capacity of civic societies to address sensitive issues.

The conference will be opened by Bardil Jashari, the Director of the Metamorphosis Foundation, the Minister without Portfolio in charge of Communications, Accountability, and Transparency, Robert Popovski and Fani Karanfilova-Panovska, director of the Open Society – Macedonia Foundation.

At the conference there will be a presentation of the Government’s Transparency strategy 2020-2021 in which creation the project Action SEE had a major influence on. Additionally, an accent will be given on the ways that media influence good governance and ways of fighting disinformation.

There will be many sessions at the conference where the ACTION SEE’s regional partners will present the results of the four year efforts for increase of the level of transparency and accountability of institutions, including the significance of the regional cooperation for the promotion of good governance.

Parallel to the aforementioned sessions there will be two debates concerning current themes. The first will be devoted to the Legal consistency of the GDPR and Police Directive 2016/680 in the national legislation. During this debate there will be talks about the process of the creation of a new Law for the protection of personal data and the need of the adjustment of national legislative with the police directive. At the second debate, the subject of a discussion will be the me, its effectiveness and the need of their upgrading.

The conference coincides with the celebration of Methemorphosis’s 15th jubilee and it is expected it will be attended by 150 representatives of Western Balkans institutions, the civic society and media organization including individuals from the region.