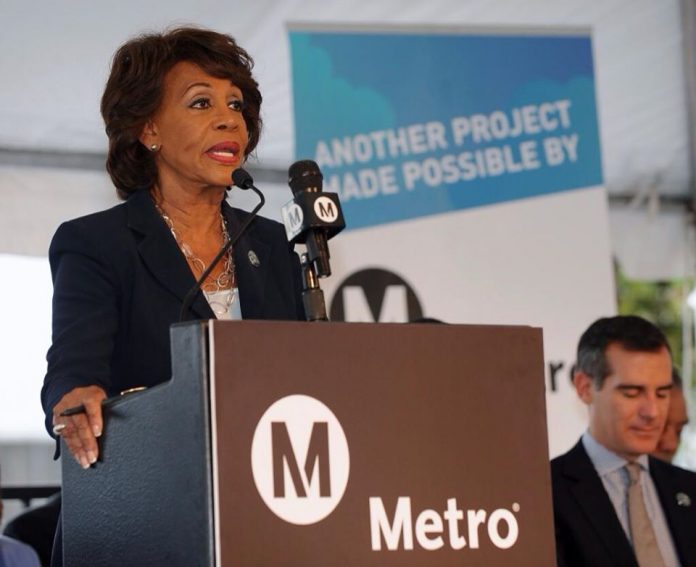 “This was just another stupid prank,” she said, “by the same Russian operatives who have targeted many US elected officials, including Adam Schiff, Lindsey Graham, Mitch McConnell and John McCain, and international heads of state such as Emmanuel Macron. The end.”

This is the statement to the Washington Post, by the US Congresswoman Maxine Waters who is the latest victim to two Russian pranksters and whose victims are always politicians that are hostile towards Russia, informs “Vistinomer.”

This time, as informs Guardian, the pranksters that go by the names of Vovan and Lexus (Vladimir Kuznetsov and Alexey Stolyarov) have both played Greta Tunberg and her father. The Congresswoman was swindled that she has to attend a rally in North Carolina for the protection of an endangered island that doesn’t exist and address the attendees.

Also, she was informed by these people of details concerning an alleged exchange with Trump during the session of the UN’s General Assembly, a meeting that never took place.

There is no doubt that the Russian pranksters actually work for some of the Russian Federation’s secret services which is something that Vistinomer wrote about when last year the former Prime Minister Zoran Zaev admitted that he was also a victim of their play.

Several months after, the Government revealed that there was a new hybrid attack and an effort for Zaev to talk with Greta Tunberg and her father (an identical situation with the Congresswoman) but the attack was spoiled because the prime minister had his doubts about the real person on the other side of the line. This was told by Zaev’s closest associate Majan Zabrchanec and his explanation can be found at Meta.mk.

After all of this, what remains unanswered is whether after Zaev’s first admittance some of the procedures and protocols were changed in order for the government’s representatives to be protected from swindles such as this whether in accordance with the draft Action plan for fighting disinformation definite countermeasures were taken to prevent such hybrid attacks as were called by the government when a second attempt occurred in November 2019?

The experience that Zaev went through including a large number of people from the world of politics and public life, indicates that these pranks and disinformation aren’t naive at all and they shouldn’t be taken for granted as pranks and public humor and satire.