Meta.mk
Main Section The Government and the opposition are closer to reaching an agreement about... 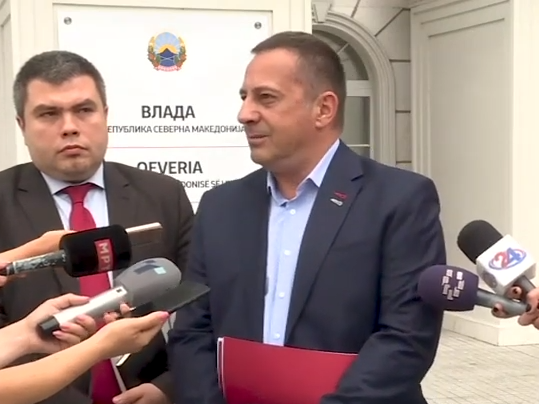 The Deputy Minister of Justice, Oliver Ristovski, after the meeting between the government and opposition’s representatives regarding the new Public Prosecution Law that will help with the regulation of SPO’s status, announced that they opened several subjects for a discussion with the opposition such as Prosecution financing and the prosecutor’s accountability.

“Here we are getting closer with our stances regarding the increase of the budget that the Prosecution would have. That means we have to increase the Prosecution’s budget in order to reach its autonomy as a state organ. We discussed finding out ways of reaching greater accountability of the employees and the prosecutors themselves. At this moment, we are getting closer with our opinions but I think we can find a joint solution within the Law” said Ristoski.

He also said that the meetings and the discussions about the Public Prosecution Law, which is in a parliamentary procedure at the moment, and for which the international public gave a positive mark, will continue during this week and that the changes that will be agreed upon, will be lodged as amendments at the Parliament.