Meta.mk
Economy The first 22 million euros of the Chinese loan for the motorways... The Chinese Exim Bank in July will request the payment of the first installment of 22 million dollars of the loan for the construction of the motorways Miladinovci- Stip and Kicevo – Ohrid.

The construction of the two motorways was delayed due to the unresolved expropriation of land and mistakes in the documentation. The motorway Miladinovci-Stip was opened several days ago, while the one between Kicevo and Ohrid should be ready by June, 30th, 2021. The rewriting of the construction plan for all those segments of the motorway that were forgotten or problematic, is yet to be done, and there was a call for  tender.

In spite of the weaknesses that the former state leaderships left behind, the duties towards the Chinese debt cannot be postponed.

-All that we have saved, in June will end up for paying the interest rate – says for “Meta” the director of Public Enterprise for State Roads, Zoran Kitanov.

He emphasizes that the Chinese loans will be paid for by this public enterprise, from the money they receive from the citizens from tolls, road tax when registering vehicles, as well as from the excise tax on fuel.

For the Miladinovci- Stip Motorway some money was saved, because the final price of the highway is 177 million euros. When the former government signed the agreement for the credit loan, 206 million euros were projected for it. However, the price of motorway Kicevo-Ohrid increased, from the initial value of 411 million to 598 million euros, because  new interchanges and access roads for settlements around the road and due to the problem with the tunnel „Preseka“ have to be built.

The increased cost could have been greater than the additional 95 million euros, but this was avoided after the negotiations with the Chinese company „Sinohydro“ for lowering the price of the expected construction activities.

The loan from the Chinese Exim Bank with an interest rate of 2 percents, which is 20 times more in comparison to the percentage from the loans that the country received from the World Bank and the European Bank for Reconstruction and Development.

The deadline for repaying the loan for the highways is 20 years, with 5 years of grace period.

90 percent of the value of the two motorways are financed through the Chinese loan, while the rest of the means are provided from the state budget.

The two laws for realization of the infrastructure projects were voted by the Parliament of the Republic of North Macedonia in October 2013, while the construction of the motorways began in 2014. 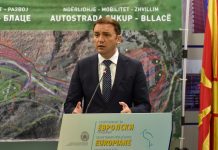 Through the tolls we pay for the loans, interests and commissions for the motorways (video + infographic) 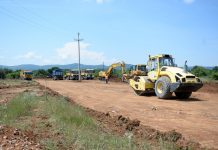