The driver of the “pickup” from the “Colourful Revolution” was released this morning after he was detained last night.

He was detained and charged with “damaging private property”, and during the search of his vehicle at “Prolet” police station, officers found packages of unpacked paint, children’s water pistols and a roller. His lawyer has informed us, everything which was found in the search has been confiscated.

The driver was arrested last night after the protest, near the City Hospital in Skopje.

The “Colourful Revolution” wrote on their facebook profile the following:

“The regime has again attempted to take down one of our comrades, but they will not succeed! Tonight, at the end of the protest in Skopje, police officers in plain clothes arrested Govani, a driver of a pickup for the #Colourful Revolution, which resonates our voices and our sounds every day. Govani is currently being held at Prolet police station (kisela voda). They haven’t given him an explanation and have told him to wait. Outside the police station, hundreds of citizens have gathered to show their support and solidarity with our fellow comrade. Govani, we are here with you, we all know that there will be justice, and there will be peace. We will get through this because together we are stronger, because our freedom os hanging in the balance, so until then, #NoJusticeNoPeace”, reads the “Facebook” status. 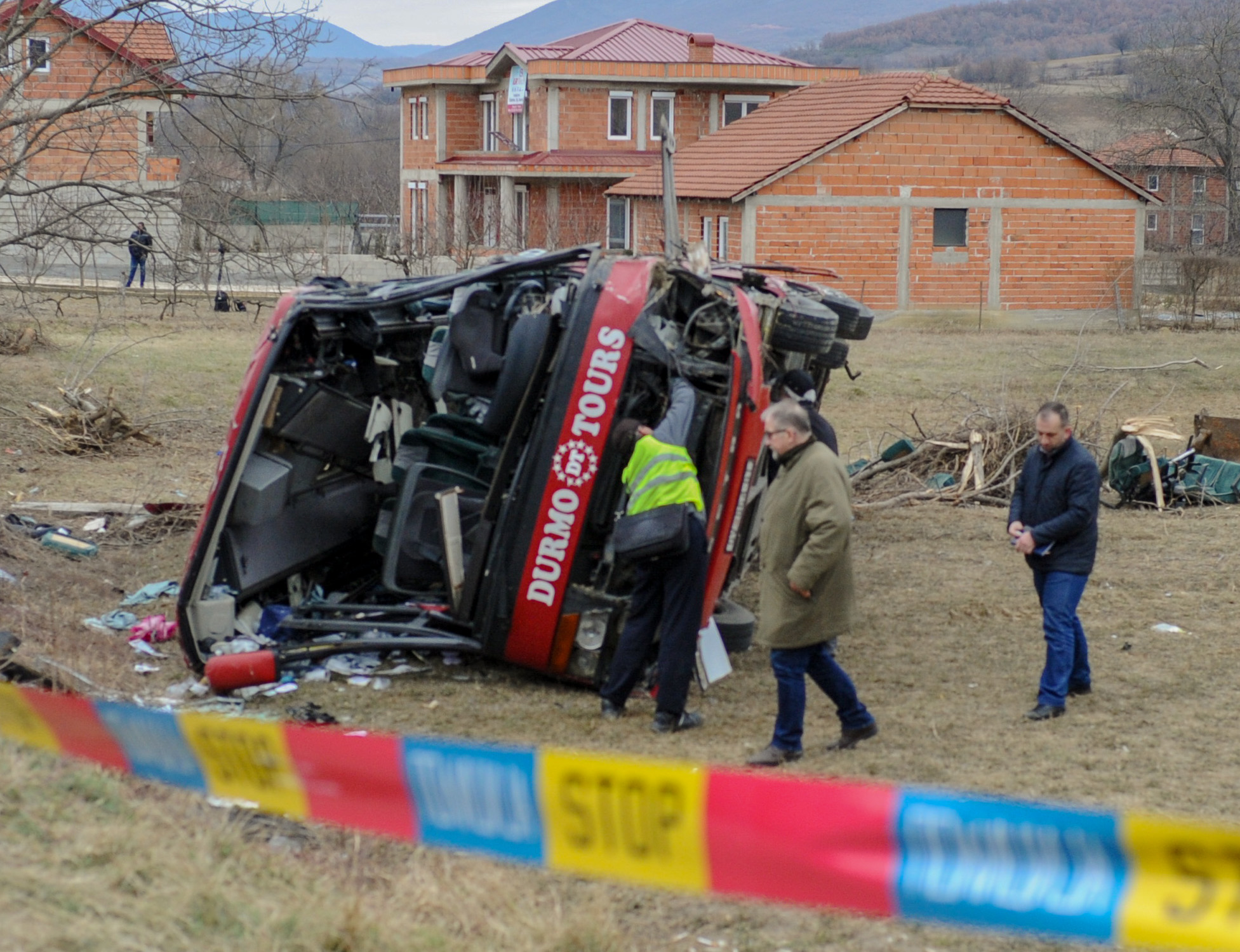 Two days of mourning, while Macedonia waits for the causes of the bus accident which left 14 dead

Timeline: How the government changed in Macedonia