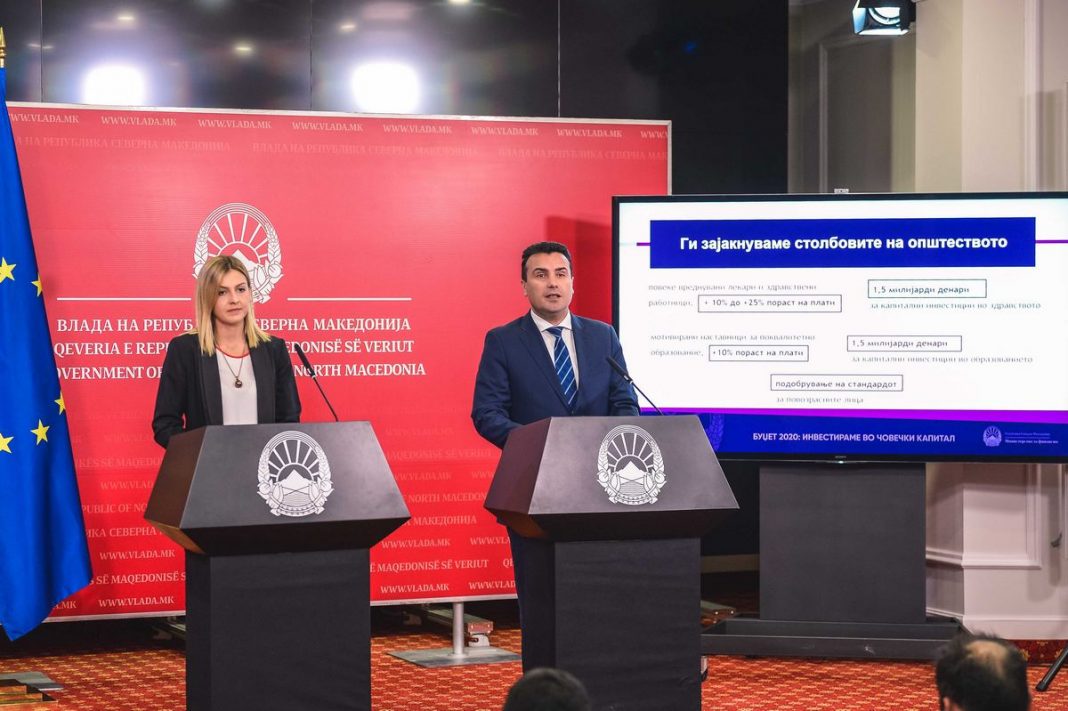 The draft budget for the year 2020 is 3.9 billion euros, informed today the Minister of Finance, Nina Angelovska during the press conference with Prime Minister Zoran Zaev at the Government.

Most of the assets, as she stressed, will be invested in human capital i.e. the improvement of living standards and keeping the young people from leaving abroad.

“If we don’t invest continuously in human capital, as a country we shall lack a workforce that is ready for the jobs of the future, we shall not be competitive with the world economy and we shall not be able to keep the economic growth. We are aware that as a country according to the index of human capital that is measuring the potential productivity of a child according to what is invested in it through the health, education and social care, we are falling behind compared to the region” said Angelovska.

The income side of the budget plans 3.6 billion euros and the deficit is planned to decrease from 2.5 % to 2.3% of the GDP. The capital investments for 2020 are 23 billion denars and are planned in accordance with the current realization and the institutions’ capacity.

Prime Minister Zoran Zaev said that there will be no loanings for salaries but for capital investments, and next year 439 million euros will have to be paid off.