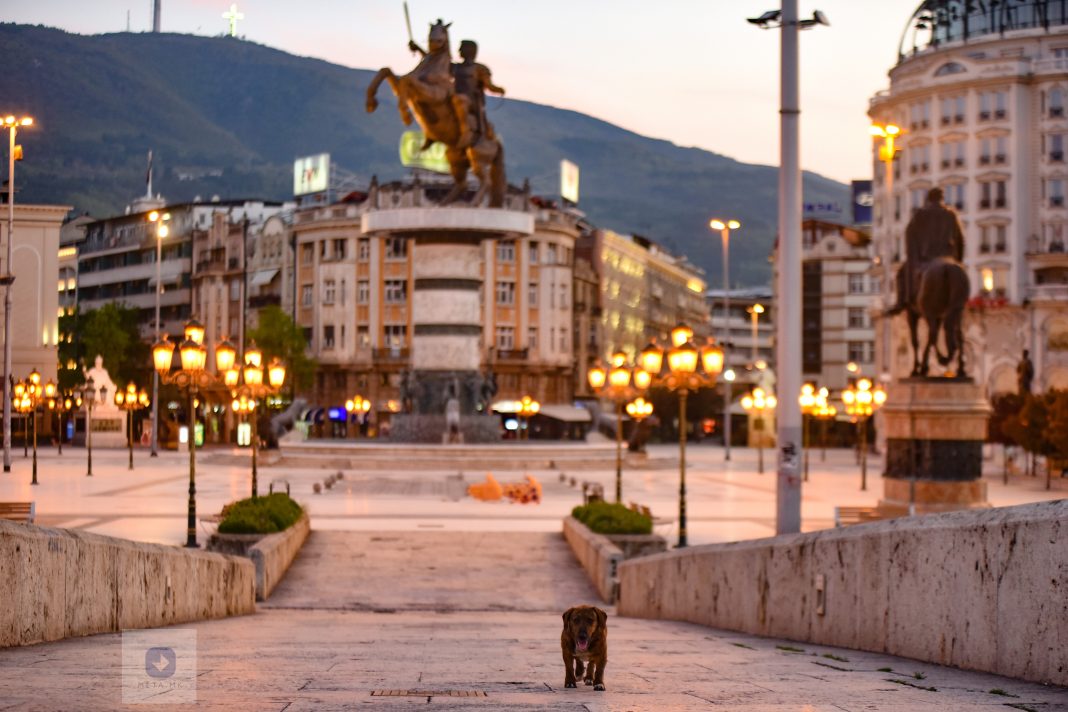 Three months since the first COVID_19 case was registered in North Macedonia, and with well over 2.000 infected and 116 deceased, the Government has decided, starting from tomorrow (27.05.2020) to lift the curfew. The curfew was imposed more than two months ago, on the 22nd of March.

During today’s press conference at the Government, the Health Minister Venko Filipche said that three months since the first positive case, Macedonia is at the crossroads about what it would be its first step ahead.

“Many citizens were victims and at risk by those that didn’t comply with the measures. We are managing the virus, but the fight continues. It will not go away and it will still be here. We shall have to live with the virus, but we have to protect ourselves” said Filipche.

He announced that the measures will continue and they are of key importance to help life return to normalcy.

“We had enough time to strengthen the health system. We are ready to handle the situation. The epidemic is under control. There are good sides of previous quarantine measures”, stressed Filipche.

Apart from the ban on movement, the Government is lifting other restrictive measures that were adopted to prevent the disease’s spreading. According to the interim Prime Minister Oliver Spasovski, these decisions followed since the situation with the epidemic is under control and the number of active cases is stable.

“Since the 28th of May, all restaurants are beginning with work by a precisely determined protocol at these facilities’ balconies, and the closed parts and facilities that have no balconies will be regulated in the next phase” said Prime Minister Spasovski.

He stressed that the Government has adopted several decisions as, by his own words, the Macedonian health institutions reacted accordingly and managed to fight off the pandemic. If the people don’t comply with the measures and the number of newly infected continues to grow, the restrictive measures will be imposed again, said Spasovski.

“Starting from the 1st of June, the decisions by which various categories of citizens were relieved of their regular duties, will be discarded. New protocols will be introduced at offices and the wearing of protective gear. The chronically ill persons will be excluded from these regulations” said Spasovski.

He said that appeasement to this decision will be made for parents as well with children at the age of up to 10 years for whom a decision about the kindergarten is awaited. A protocol will be introduced for activities when entering the state for all persons – the obligatory state quarantine, for persons returning from abroad with humanitarian flights or convoys, is replaced with home isolation.

“If the persons who are entering have a negative PCR test for coronavirus made in the last 72 hours before entering the country, then they shall be placed in home isolation” said Spasovski.

He appealed to all citizens to wear masks, keep their distance, and to be aware that we can still get infected. Regarding the elections, Spasovski stressed tat the Macedonian democracy and development need stable institutions and return to normalcy.

Dr. Žarko Karadžoski of the Public Health Institute stressed that the medical personnel are heroes and deserve all accolades.

“We are trying to be here for the citizens. The Committee for Infectious Diseases has made an analysis and we stated that all measures and recommendations that gave positive results to be complied. They helped us to recognize, isolate, and treat the patients. The death toll is 113, but we are getting better in this area if we compare ourselves to other states where this number daily is much higher. We shall test all taxi drivers, health workers, the military, police, to see what the screening will show so they can be able to work” said Karadžoski.

The cleaning and closure of 77 landfills and dumps in North...

The cleaning and closure of 77 landfills and dumps in North...