Meta.mk
World Balkans The Co-president of the Bulgarian side of the joint Macedonian- Bulgarian Commission,... 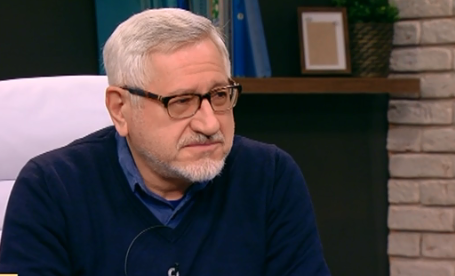 The joint Macedonian and Bulgarian commission for historical issues may not work again warns its co-president on the Bulgarian side, Dr. Angel Dimitrov, informs „mediapool.bg“.

– On the Macedonian side, the work of the commission was simply stopped with an argument that they have to adjust to the early elections in April. They refuse to meet again and talk. It remains a mystery whether in May the commission will start working again and whether it will start at all – said Dimitrov.

The Bulgarian members of the Joint Commission claim that the Macedonians refuse meetings in a time when the Commission didn’t manage to agree upon the Middle Ages and Goce Delchev. The Macedonian representatives in the Commission have allegedly started to dispute the previously achieved compromise about tsar Samuel as a Bulgarian ruler. The Commission is supposed to start working on the subject of WWII which is a difficult subject, informs the portal.

-So far, our colleagues claimed that they are working without any political pressures and suddenly it showed that the Commission’s work is an inner political problem for our younger neighbor. At the moment, I’m pessimistic whether there will be any changes in the Commission’s work – said Dimitrov in a statement for the Bulgarian national television.

While informing about Dimitrov’s statement, „Mediapool.bg“ also stated that the Bulgarian government didn’t manage to use the situation with North Macedonia in order to achieve favorable results in the advancement of the bilateral relations.

“Instead, the government’s representatives are causing illogical media wars with Skopje with their comments which are used successfully by those that oppose the surpassing of the disputes between both countries. The Commission was created in accordance with the Good Neighborly Agreement from 2017 and the advancement of its work is controlled by the Bulgarian Foreign Affairs Ministry that prefers to give a diplomatic tone. On the account of that, the VMRO’s party leader and Vice Prime Minister, Krasimir Karakachanov continues to issue provocative comments that suit the anti-Bulgarian forces in Skopje” informs „mediapool.bg“