Meta.mk
MKD The biggest measure of trust is for Greece to unblock the integration... 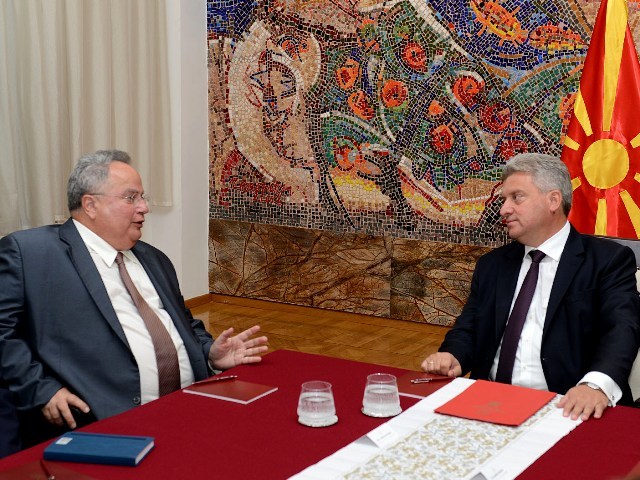 The biggest measure that will affect mutual trust and create an even better atmosphere, is for Greece to unblock the Euro-Atlantic processes for Macedonia and to ensure that the right to prosperity is not denied, said the President of the Republic of Macedonia, Gjorge Ivanov, at the meeting with the Greek Foreign Minister , Nikos Kotzias, who is visiting the country today.

Ivanov at the meeting assessed that the intensification of the overall cooperation between the two countries will contribute to creating a positive climate for overcoming the differences over the name issue.

“The Macedonian President reaffirmed the interest of the Republic of Macedonia in maintaining political dialogue at the highest level. In that direction, President Ivanov expressed hope for a meeting with President Prokopis Pavlopoulos, despite his frequent criticism of the Republic of Macedonia, and expressed the expectation that the rhetoric will be more moderate in the future in order to promote good neighborly relations in the spirit of European values and standards”, reads the press release after the meeting.