Meta.mk
MKD Tender for the first phase of the construction of the Skopje-Blace Motorway 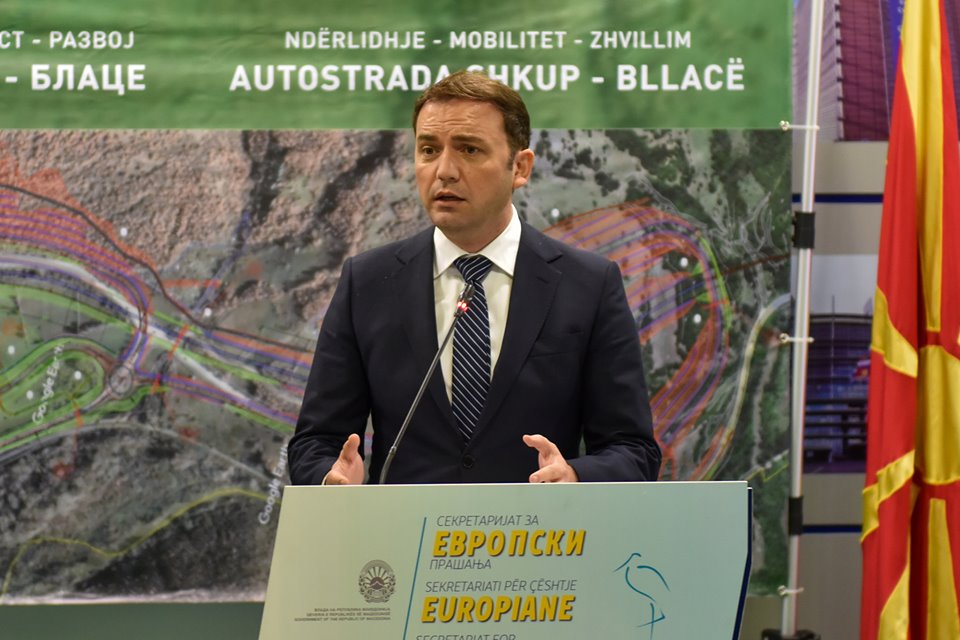 On the occasion of the announcement of the tender, a press conference was held today by the Deputy Prime Minister in charge of European Affairs Bujar Osmani and the Director of PESR, Zoran Kitanov.

– The future motorway will be constructed according to European standards, with two lanes for driving and one had shoulder in each direction. The width of the lanes for driving is 3.5 meters, while the overall width in one direction is 10.25 meters – states the Director of the Public Enterprise for State Roads.

Apart from the realization of the first phase, Deputy Prime Minister Osmani informed that an American company is already working on the plan for the remaining 10.5 kilometres from the Skopje-Blace Motorway. Through the Investment Fund for the Western Balkans, a 1-million-euro fund was provided for realization of this project.

-We applied to the same investment framework for the Western Balkans, from which we provided around 28 million euros and to complete the entire financial construction we applied to the EBRD – said Deputy Prime Minister Osmani.

Additional funds from the IPA funds, around 8 million euros, were set for the second phase.

The motorway Skopje-Blace will be 12,5 kilometres long, with four tunnels and eight bridges on the whole, from the border crossing „Blace“ to „Stenkovec“ on the Skopje Ring Road.

The two stages of the construction of the entire road will cost around 110 million euros. The motorway will be put into operation in 2023.