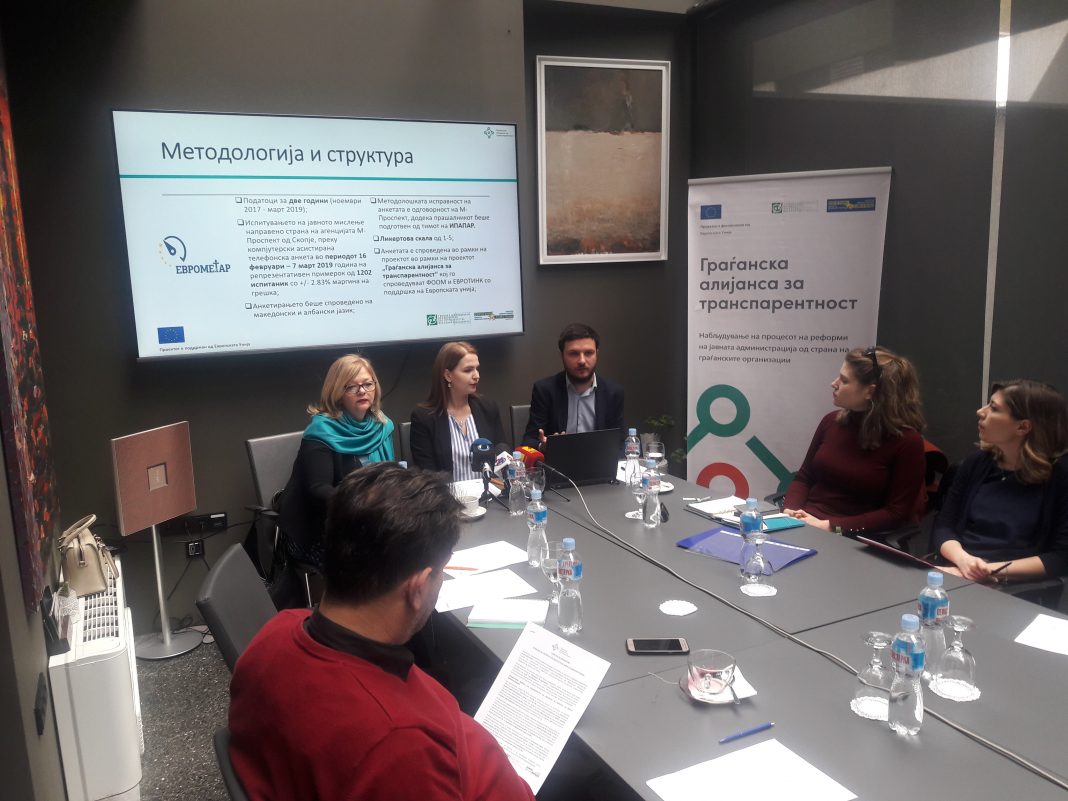 As much as 44.4% of respondents in a new survey conducted by the Open Society Foundation Macedonia (FOSM) and EuroThink Center for European Strategies have assessed the Public Administration in the country as poor. This was announced at today’s presentation of a survey on the attitude of citizens regarding the work of administrators.

From a survey conducted over the telephone in the period between February 16 – March 7 this year, with a sample of 1,202 respondents (with a margin of error of +/- 2,83%), it can be seen that the highly educated residents of the Skopje region as well as VMRO-DPMNE supporters, have the most negative attitude towards the work of the public administration.

People who are affected badly economically had the worst opinion of the public administration.

In terms of sectors, citizens are most unhappy with the services of local governments, that is, municipalities, as well as the police dealing with crime and public health. The MOI received the best marks in the area of ​​road and personal documents and the traffic police.

Overall, when it comes to transparency, speed and quality of public administration services, citizens generally believe the problem is poor quality staff, slow service delivery, non-transparency and non-professionalism. It comes down to going from counter to counter and difficulty in understanding procedures, as well as an unprofessional attitude and unhelpful.