55 percent of citizens believe that the former Prime Minister and leader of the VMRO-DPMNE party, Nikola Gruevski, is not doing a good job and does not deserve to be re-elected, and 33 percent believe he deserves another chance as Prime Minister, shows new research conducted by the International Republican Institute (IRI).

Gruevski, from having 66 percent support in June 2008, has dropped to just 33 percent. 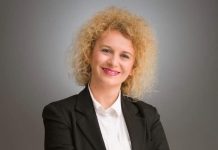