More than 4,000 ARM soldiers have participated in NATO missions so far, Defense Minister Radmila Shekerinska said after today’s meeting with the Secretary General of the North Atlantic Alliance, Jens Stoltenberg, at the Ilinden barracks in Skopje.

“Today, the NATO Secretary General was present in Stajkovci, where Macedonia could count on NATO in the recent past. We are now at the “Ilinden” barracks, where we had the opportunity to see the members of the ARM, which NATO could rely on in the past, since more than 4,000 members of our army participated in different missions led by NATO in the past years. For us, this is a partnership on which we can rely on,” said Shekerinska.

She acknowledged that the ARM was “a constant, quiet but very visible and recognized diplomat who lobbied for Macedonia to become a NATO member”.

Currently, the ARM has 8,167 members, which means that more than half of its members have already been on NATO-led missions. With the new Strategic Defense Review, which was adopted in June, the ARM will have approximately 6,800 active military personnel.

Macedonia has participated in NATO-led missions since 2002 when it sent two ARM officers to Afghanistan within the Turkish contingent. 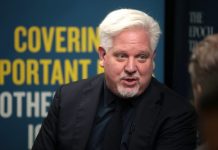