Meta.mk
Correspondents Spasovski: There are updates regarding Gruevski’s escape and will be announced by... 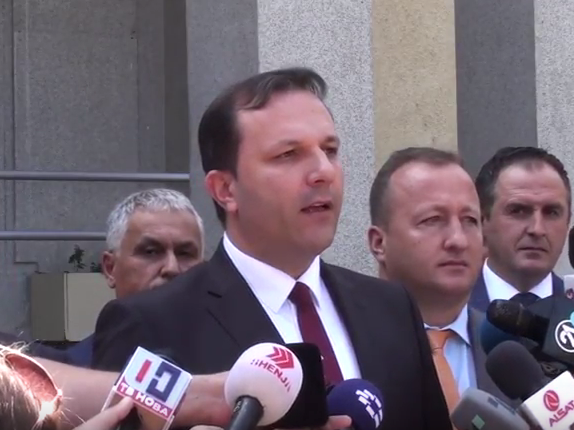 Interior Minister Oliver Spasovski, who was one of the most called upon after Nikola Gruevski fled the country, gave a brief response to the question whether there are any updates in the investigation and when will official results be released.

“There is, and it will be announced by the Public Prosecutor’s Office,” Spasovski said.

The interior minister says he was expecting an interpellation motion from the VMRO-DPMNE regarding his work. However, he says, he will have to disappoint them.

“If Hristijan Mickoski and VMRO-DPMNE have a new year’s wish for me to leave government, I will have to disappoint them, their wish won’t come true,” said Spasovski.

When asked by Channel 77 to comment on today’s statement by the opposition party about an interpellation motion regarding his work conduct, the minister said it was a gesture he expected.

“I expected it, yes, but to me it is recognition for my work. I have a lot to say about the interpellation motion,” replied Spasovski.