Meta.mk
Correspondents Spasovski: What happened on the 27th of April will not happen again 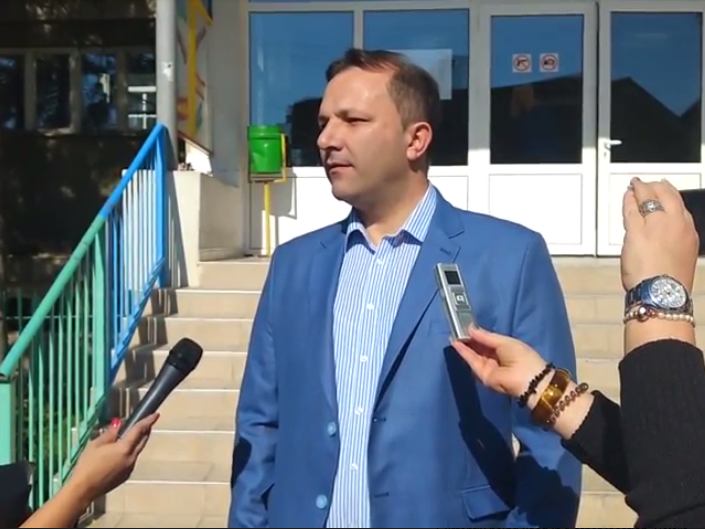 Moments before the final adoption of the constitutional changes is expected, and during tense protests in front of Parliament, Minister of Internal Affairs Oliver Spasovski today from Radovish would not directly answer the question whether an escalation of events is possible, as on April 27, 2017, when the protesters stormed Parliament and several MPs and journalists were brutally beaten.

“The Macedonian general public must know that what happened on the 27th of April will not happen again. Citizens should feel safe as the institutions are functioning properly and every day regardless if one is a party member. If a member of the public is planning to participate in disturbing the constitutional order, I’m want to send a message to them to give up their intentions because we are absolutely determined to keep the constitutional order and to look after the system,” said Spasovski.

The Minister of Interior was asked to comment on a statement made by VMRO-DPMNE party leader, Hristijan Mickoski that at the protests in front of Parliament policemen- provocateurs had infiltrated and he called upon citizens not to fall for such provocations.

“There are policemen who are doing their duty, that are protecting the public order and who guarantee the public’s safety. It is despicable for a party leader to underestimate a police officer that works for the benefit of all including his own safety,” said Spasovski.

He also explained that Mickoski is attending the protests with personal police protection.

“Actually, the VMRO-DPMNE party leader has police protection that he requested personally in order to be protected and now we hear him making such accusations. I think it is very inconvenient and despicable to asses the situation in such a manner,” said Minister Spasovski. Instead of building new railroad track with “slavery” loan from China, North Macedonia must reconstruct the current railroads

Instead of building new railroad track with “slavery” loan from China,...