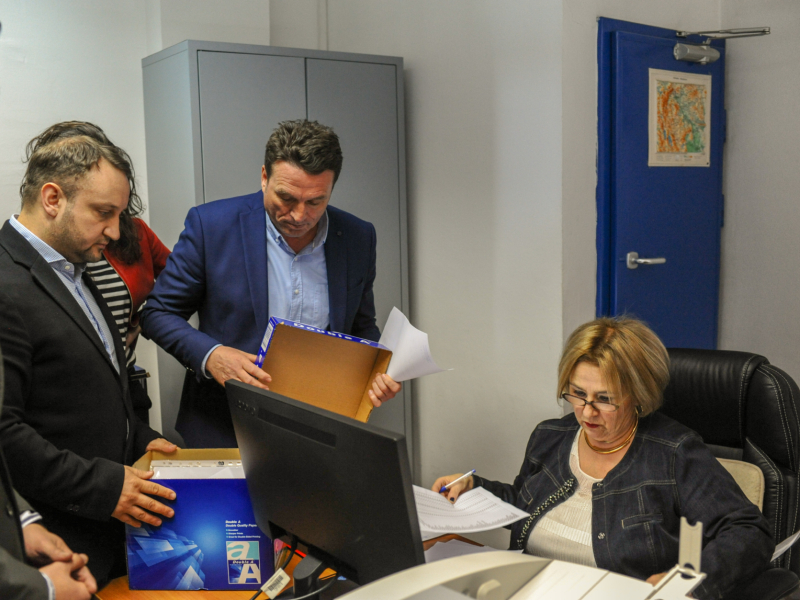 Two days since Blerim Reka submitted his presidential candidacy with signatures of over 11.000 supporters to the State Election Commission (SEC), today the candidacies of Stevo Pendarovski and Gordana Siljanovska – Davkova were submitted as well to the SEC.

Today, SDSM’s campaign staff submitted its first candidacy to the SEC. In the name of Pendarovski, the materials and the 32.000 signatures were submitted by Aleksandar Kiracovski, the head of the campaign staff.

Pendarovski’s candidacy, as was clarified by SDSM’s General Secretary, was submitted only with signatures by citizens even though the SEC is allowing for the opportunity to do the same either with citizens’ signatures or with signatures of MPs.

As soon as Pendarovski’s candidacy was submitted,  representatives of VMRO-DPMNE arrived at the SEC to submit the candidacy of their presidential candidate Gordana Siljanovska – Davkova.