Meta.mk
Main Section Shilegov: Prime Minister, if you really are not the owner, why do... 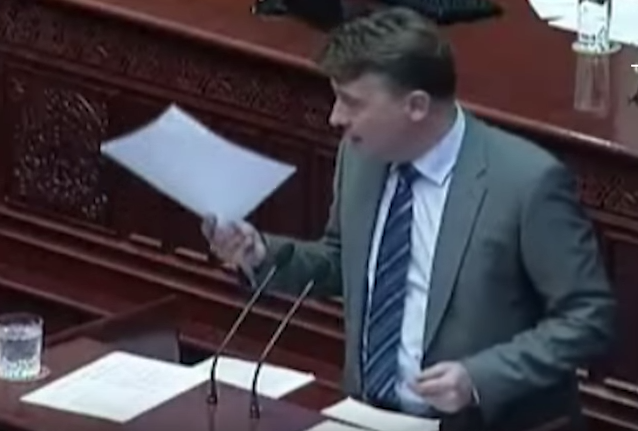 MP Petre Shilegov from the SDSM at today’s session of Parliament dedicated parliamentary questions directly to the Prime Minister Nikola Gruevski and asked him directly whether he owns land on Vodno.

Mr Shilegov said when his party comes to power, they will make legislative changes that all offshore companies will be required to state the names of the real owners and, otherwise, any property in the territory of Macedonia will be subject to confiscation.

“You were in a hurry to sell company from Belize to a prominent businessman who is close to you and your cousin Sasho Mijalkov in fear that it would be taken from you”, Mr Shilegov said to Nikola Gruevski.

He showed a sheet which said that the current balance of the company under the name “Sirak Engineering”.

“The director with unlimited powers is Riste “Dialysis” Novacheski , and we know many other things about him. Godfather in your first marriage, brother of Lena, your personal secetary. This is a notary act of your property. To make this more interesting work in this deed is the decision made by the owner of a share in “Sirak Engineering”. The decision, which is located in the notary act, states who the owner of this plot is”, said Mr Shilegov.

He said that the Prime Minister until 2013 has completed all arrangements to acquire ownership of the plot of 15,000 square meters on Skopje’s Vodno hill.

“To remind you, in 2001 when it was revealed that Ljupco Georgievski was buying pieces of land, he made a speedy transaction, sold his plots of land, knowing that he would lose the election. Are you aware that you will lose these elections and sell this plot of land?” Asked Mr Shilegov.

The Prime Minister denied that there is a link between himself and the plots of land that the SDSM MP spoke of.

“Show us documentation, public documents to which every citizen has access. will repeat it once more, I have no affiliation with the plots of land you speak of. Nor have I been there, nor am I the owner”, said Nikola Gruevski.

Shilegov, not satisfied with the answer, asked the Prime Minister to find out who was behind “Sirak Engineering.”

“Prime Minister, if you really are not the owner, why do you hide? Your best man and your good friend is named as Manager of “Sirak Engineering”, he probably knows who his bosses are. All you have to do is pick up the phone and ask who his employers are. If you have no connection to this, it is in your own interest to see who is behind ‘Sirak Engineering’ “, said Mr Shilegov. 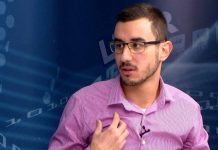 Borjan Eftimov: Even young people should take the danger seriously and adhere to government’s recommendations