As part of its program for fighting disinformation and false news, which easily traverse Balkans borders and quickly find their way to media in other states and language, Meta.mk regularly informs about current affairs at similar services for checking facts and the regional fight against disinformation i.e. Croatia in the north and reaching Greece in the south.

The Montenegrin service for fight against disinformation and checking media facts, raskrinkavanje.me centered on several articles in certain Serbian online media about Greece’s flies over the Macedonian skies. Actually, the issue with articles such as these are their misleading titles that divert to completely different conclusions and not to the actual content.

The article was initially published by Alo.rs towards the end of the previous year, and then it was republished in its entirety by media in Serbia and Bosnia. It was published and re-published with the following title “The Greeks are taking over the Republic of North Macedonia’s air space: Greek fighter jet planes have taken off and the Ministry of Defense reacted immediately.”

The article referred to the fly overs by Greek fighter jets as part of the Air Policing agreement i.e. surveillance and protection of North Macedonia’s air space as soon as it becomes a member of NATO.

Even though the goal of the fly overs is well explained still the title is misleading i.e. the readers are led to believe that over Macedonia there is a clash between Macedonia and Greece which has demanded a defense reaction by the Macedonian defense ministry, informs raskrinkavanje.me. 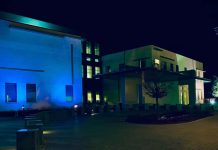