It appears that events in Macedonia became more frequent and severe in the last week. Within a short time, we had a series of serious and important events that sometimes take months.

When events come one after another, they give a slightly different view of things and raise questions about their possible cause-and-effect relationship.

Here are the events from Monday to Monday: 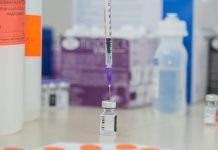 In the autumn the vaccination certificate will be required in order to attend a mass event in N.Macedonia