Meta.mk
Main Section Security Council: The situation in the country is stable and all events... 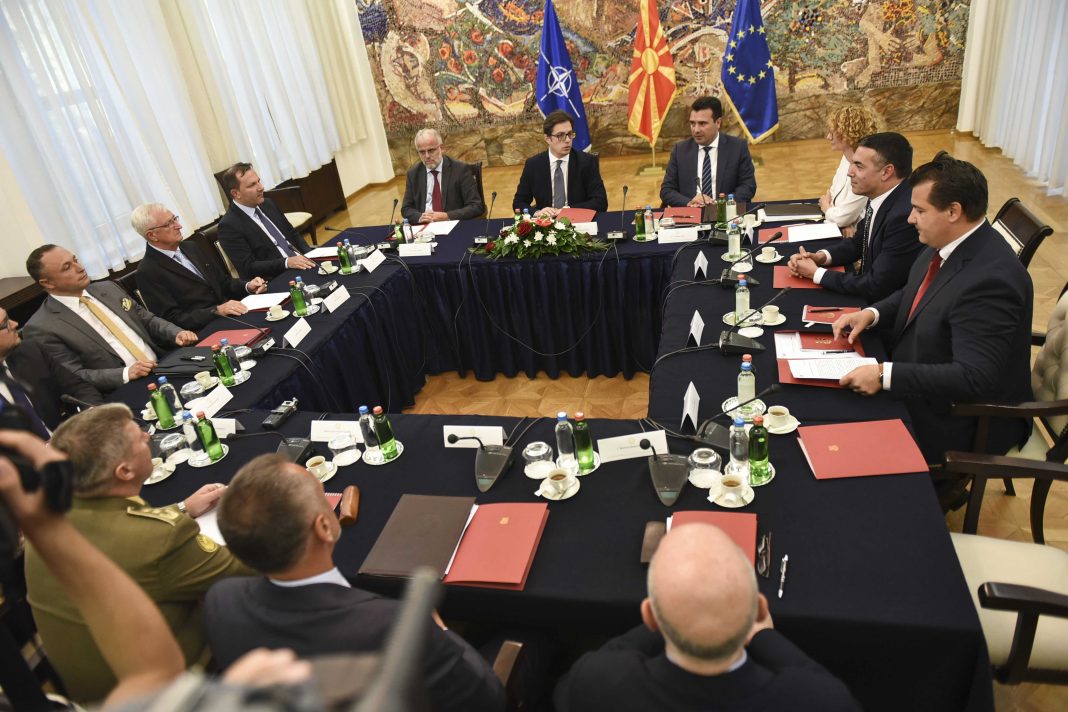 The situation in the region is stable and for now there are no indication that the borders might be endangered or the country’s integrity and sovereignty. During the constitutive session of the Security Council that took place at the cabinet of President Stevo Pendarovski it was stated that all institutions are monitoring continuously the situations that have the potential to grow into serious problems such as the migrant crisis.

As was stated by President Pendarovski, this is the first session of the Security Council after three years which is a constitutional category and an exceptionally important state organ, but due to lack of will, the Council was marginalized and forgotten.

Republic of North Macedonia, said the president, is just a step away from a fully fledged NATO membership and to receiving a starting date for EU accession negotiations. The NATO accession is heading in a good direction and with a good tempo but the situation must be monitored carefully.

During the conversations with journalists, President Pendarovski spoke about occurrences in the region and he stressed that influential international figures have indicated that the dialogue between Belgrade and Pristina might be enlivened again which will influence the situation in the Western Balkans. Our country borders with both countries and therefore we have to be prepared for all potential outcomes that can occur within the negotiations.

The President of VMRO-DPMNE, Hristijan Mickoski was also invited to attend the Security Council session, but as was stated by President Pendarovski, even though he was sent a written invitation, still there is no reply why VMRO-DPMNE’s leader didn’t attend the session.

At the session it was concluded that the Security Council should meet every two or three months because it is necessary to exchange opinions and to discuss the security condition.