The disinformation and the speculations that are spreading throughout the media regarding the confidential election material about allegedly 80.000 printed trial ballots, the State Election Commission has disclaimed them totally, as was said in SEC’s press release.

This was a reaction after “Meta” has published that “Kiro Dandaro” print shop which is the official printer of the ballots for the early parliamentary elections set for the 11th of December, on Saturday has printer 80.000 ballots in order to test the printing equipment.

-The State Election Commission has a complete control over the complete election process, especially over the printing of confidential election material. SEC is notifying all citizens that the copies of the election list have been printed, checked, confirmed and signed by all members of SEC. Also, the ballots are printed and are packed to be delivered to the authorized municipality election commissions in the forthcoming days – as was further announced in the press release
.
Violeta Duma, member of SEC and SDSM, for “Meta” has stated that SEC is performing regular controls at the “Kiro Dandaro” print shop, but still she reminded that “the bombs” showed that even when “we thought everything was right actually it wasn’t.”

-The whole process is under surveillance. That process is happening normally, within set deadlines, with the highest security measures. There is no trial or non-trial printing. The ballots are printed in a certain quantity. I’m hearing for the first time about the printing of such papers. A situation like that would be horrifying if it was true, and God forbid. But the “bombs” have shown that even when we thought everything was right, actually it wasn’t” – said Duma. 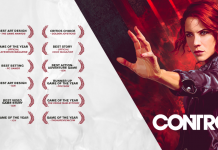