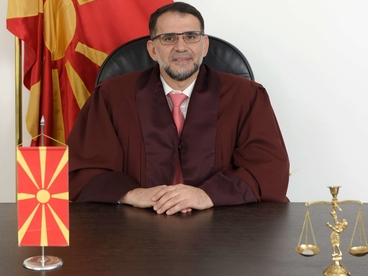 The judge Sali Murati was elected today to be the new president of the Constitutional Court, and he will take the position on the 1st of November, when the current President Nikola Ivanovski’s mandate ends.

Murati was born on the 11th of October 1966 in the village of Vrapchishte, Gostivar. His nationality is Turkish. He graduated Law at the Belgrade University in 1991 and passed the national judicial examination in 2005.
Since the graduation he has been active in the area of constitutional law, the rights of communities, freedom of speech and religion, and international private law. Murati has published many articles concerning legal issues in various magazines in the country and abroad. He has also taken part in over 15 international conferences about legal matters in various countries abroad.