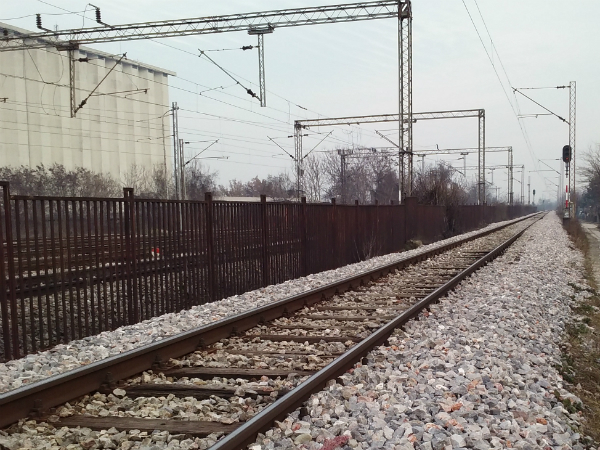 There is no end to throwing rocks at trains that are moving or putting objects on the railroad tracks. In less than a month, trains in Skopje were stoned on two occasions.

This past weekend the engine driver was hurt while the train was stoned in the area of Skopje Sever.

Three weeks ago, the Skopje – Kichevo train was stoned in the area between Saraj and Kondovo.

Makedonski Zeleznici – Transport state that during the first 7 months of 2018, 8 cases of successful attempts of causing damage to trains were registered. The vandals are finding new ways to cause damage the trains by putting large stones, concrete blocks and elements, plastic containers and similar objects on the railroad tracks.

–There were cases of stoning in areas such as Skopje Sever, Saraj, Radusha and Drachevo while placing objects on the railroad tracks in the area between Gevgelija and Smokvica and between Gostirazni and Slepche – said MZ – Transport for Meta Agency.

Apart from destroying trains in movement, the stoning of trains and railroad obstacles are jeopardizing the security of the railroad traffic. ZM – Transport stress that these incidents are causing additional expenses in their operations while the damaged trains are excluded from the traffic due to repairments. The efforts to cause damage to trains are repeated throughout the years and occasionally passengers or employees at MZ- Transport are getting hurt.