North Macedonia was again criticized in the Report of the European Commission on the country’s progress towards the EU, i.e. that the laws for waste management are still not adopted.

The Ministry for Environment and Planning stated for Meta.mk that they are aware that the municipalities in all of the regions during the past years have shown very low capacities for establishing a regional system for waste management on their own. In 2018, the government took over the obligation to implement the process of setting up regional landfills and to find assets for the financing of these projects.

The greatest advances in the regional waste management were made by the municipalities of the Eastern and the Southeastern regions, where the mayors have signed agreements for the implementation of projects for establishing a regional waste management system as part of the IPA II. They are continuing with the system’s implementation through the IPA funds.

At the moment, in the Eastern and the Southeastern region, vehicles are delivered to all 18 municipalities for collecting and transport of communal waste (EU grant through the IPA program) and at the start of 2021, it is expected that all substandard landfills in these two regions will be closed.

These are followed by the Polog Region, for which the Ministry for Environment has provided assets from the Swiss Government in order to prepare the documentation for establishing a regional system for waste management. Part of the assets will be used for rehabilitation of the regional substandard landfill at Rusino and to strengthen the technical capacities of rural municipalities from this region for waste collection and transportation. 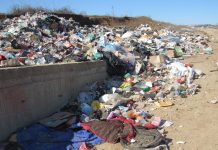