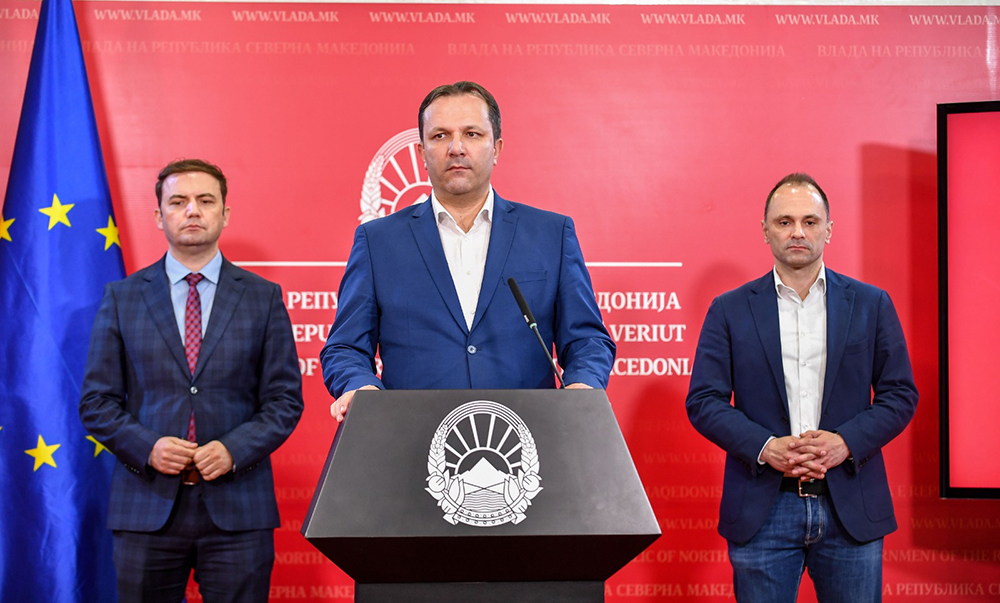 Prime Minister Oliver Spasovski was tested negative to Covid-19, but he will remain in home isolation announced the Government’s General Secretariat. The Health Ministry announced that Minister Venko Filipche also tested negative as their results arrived yesterday on the 8th day of the testing.

Despite the positive outcome of the testing, both will remain in isolation until the theoretical incubation period is over and they will be conducting their duties online.

Spasovski, Filipche and Vice Prime Minister Bujar Osmani went into self-isolation on the 16th of April, a day after they had a joint press conference with the Mayor of Kumanovo, Maksim Dimitrievski who was tested positive to coronavirus at the time the press conference took place.