Meta.mk
Main Section President Pendarovski meets with Macron: The new methodology is underway and the... 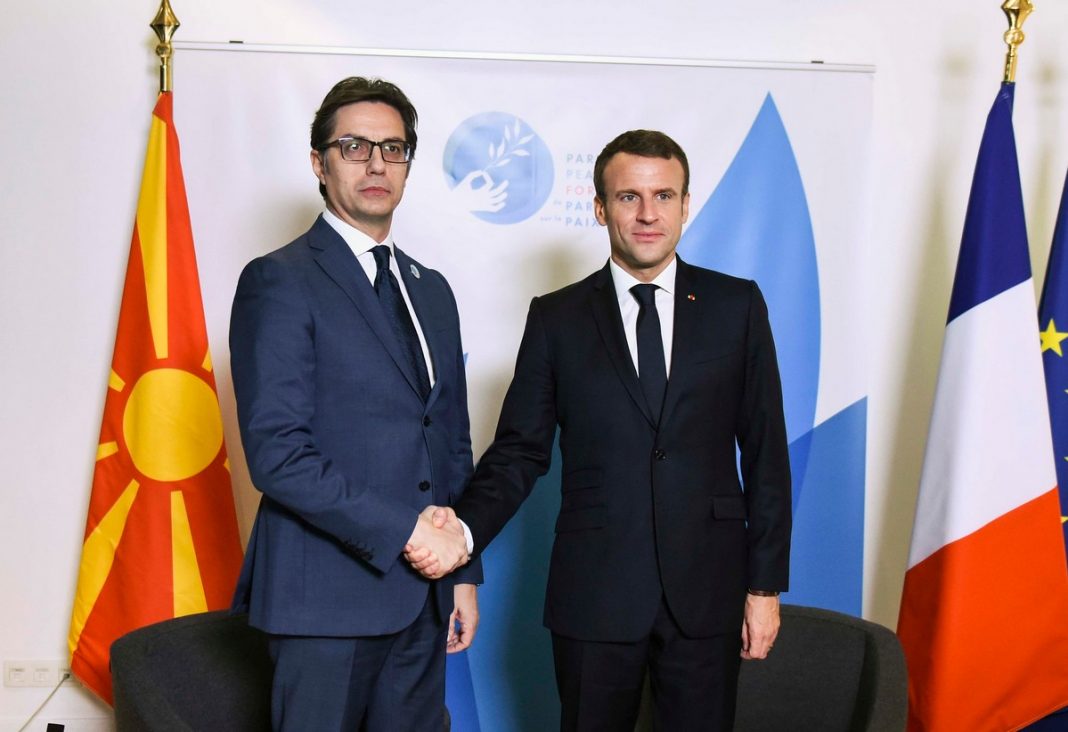 President Stevo Pendarovski has met today in Paris with the French President, Emmanuel Macron. At the meeting, opinions were exchanged about both countries’ bilateral relations, our country’s strategic determination about EU and NATO memberships, the regional issues and the EU’s enlargement process.

After the meeting, President Pendarovski stated that the conversation with President Macron was open, dynamic and he heard President Macron’s arguments that were behind his decision on the 18th last month to delay the start of the negotiations with our country.

“I elaborated on my arguments and now we can talk about a clear situation regarding several topics. Firstly, Macron and his team have already started with clearing out the new methodology, have lodged a non-paper to the member countries which has begun to circulate and is expected to end in the next month or two with an input, amendments, and commentaries. In general, he thinks that the methodology will pass by March” said Pendarovski after the meeting.

The methodology, according to Pendarovski, is currently a draft document that is based upon ideas and principles, and there are no details i.e. it remains to be worked upon. It states only the tenets that the candidate countries will have to adhere to including the member countries that will be evaluating their progress.

After the methodology is changed, Macrons stated that a decision of the European Council can be awaited during the next EU Summit in Zagreb in May.

During the meeting, it was confirmed that Macron will be visiting Macedonia during the first 6 months of 2020. The French president has once stressed that the delay happened only because the EU needs more time and not vice versa.