Meta.mk
MKD Portalb.mk will take actions against the news sites which misinterpreted the results... 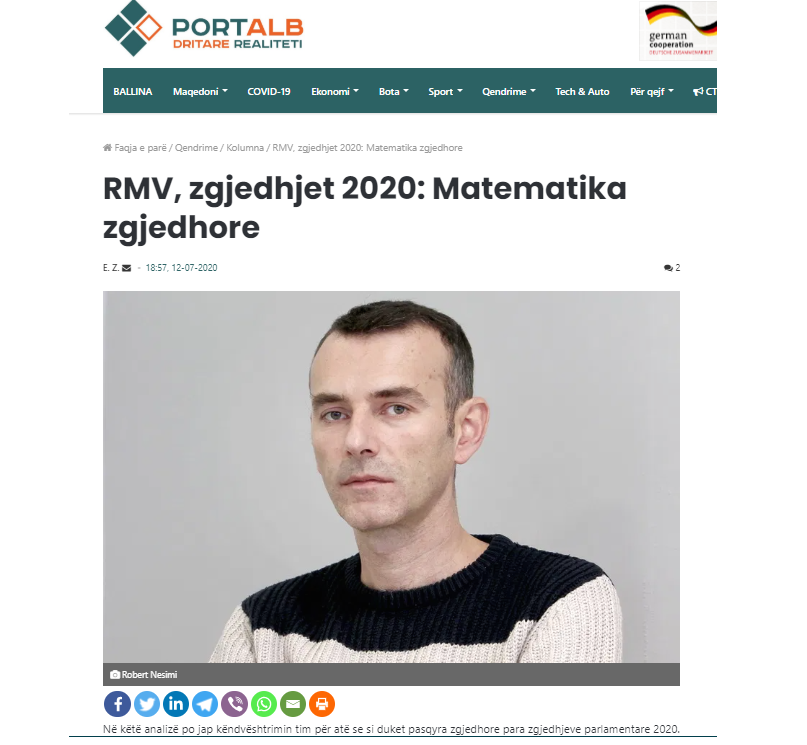 A number of news sites from North Macedonia which publish in Albanian language abused, during election silence, the analysis which Portalb.mk traditionally publishes before any election in cooperation with the analyst Robert Nesimi with the aim to forecast the elections results, Portalb.mk alarms.

“Although Portalb.mk published its new analysis before the election silence, at least 12 news sites, contrary to the journalistic standards, published articles in which those forecasts were misinterpreted and twisted. It is an outright attempt to abuse and distort the credibility of Portalb.mk, which had been built over the years by strict adherence to the professional and ethical journalistic standards.

In the aforementioned articles about our analysis there is an evident manipulation with the obvious aim to benefit a number of political parties in North Macedonia close to the news sites which published the disinformation.

Apart from disinforming and twisting the results of Nesimi’s analysis, these sites also break the copyright of Portalb.mk, which is clearly stated at the end of the text.

None of these sites, which to a large extent are controlled by undisclosed persons and do not have mastheads, have not asked for a permission to republish the analysis or parts from it.

As a consistent supporter of the principles of self-regulation, Portalb.mk will undertake the necessary measures against this disinformation, first, by reporting the offenders to the Complaints Committee of the Council of Media Ethics of North Macedonia. Then Portalb.mk will take legal action against those who republished the analysis without permission. The same measures will be also taken against those who first republished and then deleted the analysis, with the intent to cover up the abuse.

Also, during the election silence there is a noticeable increase in the activity of certain news sites which regularly proliferate disinformation to the benefit of certain political parties, with the aim to instigate confusion and fear in their readers and the voters,” Portalb.mk writes.