It won’t be the first time or the last that we do a favor to Europe, and in return we don’t receive a proper treatment, said  Macedonian Foreign Minister, Nikola Poposki during today’s visit of “Borderstone 59” at the Macedonian-Greek border with his Austrian colleague and Chairman of OSCE, Sebastian Kurz.

Poposki, alluding to this country’s role in the recent migrant crisis, also said that Macedonia didn’t do that in order to please someone, but because it “believes in the European project.”

-It won’t be the first time or the last we do Europe a favour and we don’t receive the proper treatment from the other side. Anyway, we don’t do this in order to please someone but we think that the European project is very important and we think that by the end of the day it is to our benefit that we become a part of the European Union. Probably someone will understand that Macedonia deserves appropriate treatment regarding this issue – said Poposki. 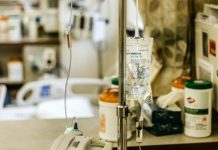