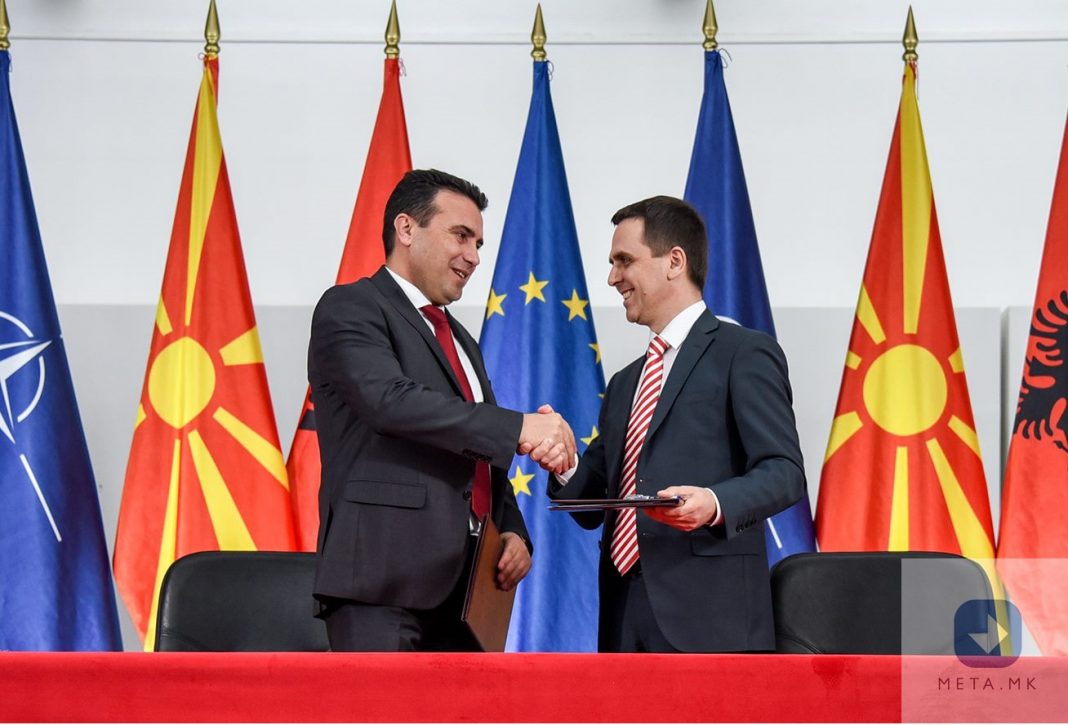 SDSM and Besa’s party leaders, Zoran Zaev and Biljal Kasami have signed a pre-election agreement for a joint participation at the snap parliamentary elections that will take place on the 12th of April. Both political parties have agreed to work together at the forthcoming elections with an inclusive pre-election program. The SDSM’s party leader said that the agreement for a coalition with Besa represents a new historical moment for the country’s democracy and pluralism.

-The rule of law, human rights and freedom, economic progress, solidarity and tolerance are the pillars upon which the modern Macedonian state is based upon. This coalition sits on these values but also on the need for the implementation of the Ohrid framework agreement, the Prespa agreement with Greece and the Good Neighborly agreement with Bulgaria. There is room for talks with all of those that adhere to these principles – said Zaev.

He stressed that at the forthcoming elections, SDSM will come out with “the biggest, most diverse and most powerful coalition ever”. Zaev also appealed to other Albanian parties and coalitions that they will not allow to be blackmailed and will not accept unprincipled negotiations and agreements in order to take part in the government’s coalition.

Kasami: Hahn gave his support for forming a new government

Protest against pollution of Skopje