According to the Department of Borders and Migration of the State Police of Albania, “N.G. on 11.11.2018 at 19.11 hours, left the territory of Albania through the border crossing “Hani Hoti” and entered Montenegro as a passenger in a vehicle with the registration plates ‘CD1013A’, owned by the Hungarian Embassy in Tirana”.

Furthermore, Albanian police stated that at the time of Gruevski’s crossing, an arrest warrant or a note along the lines that Gruevski was a wanted individual, had not been issued.

“On November 13, 2018, at 19.35 hours, Interpol Skopje sent a copy of an international arrest warrant for the person in question, to Interpol Tirana,” said the State Police of Albania.

The Montenegrin Police Directorate said that Gruevski had left the country on the same day he entered, and the police had fully respected all legal procedures.

Unlike their counterparts in Albania, Montenegrin police did not report where and at what much time Gruevski left the country.

Bearing in mind that there were no flights to Budapest from airports in Podgorica and Tivat, it is most likely Gruevski left the country by land or sea, or flew to Budapest via Belgrade, Istanbul or Moscow. So far there have been no reactions from the governments and interior ministries of Bosnia and Herzegovina and Serbia. 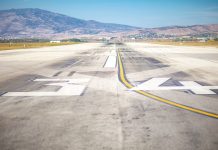 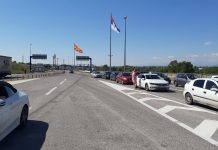