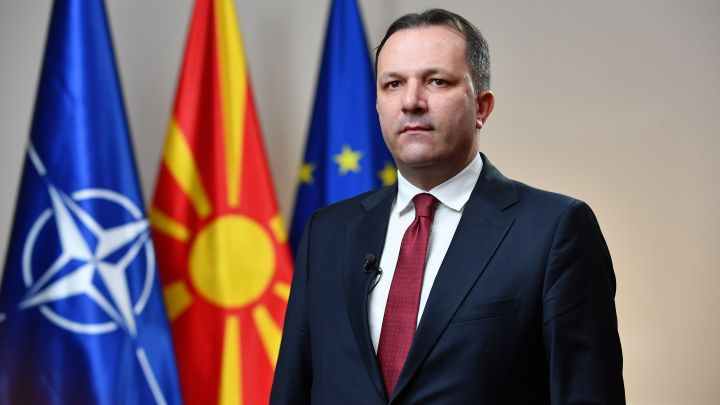 Each of us understands that our way of living has changed completely. We live in a pandemic as we have never seen before. We are fighting an invisible enemy that is causing many casualties. The virus doesn’t choose who it will attack and no one is protected nor will be spared, said PM Oliver Spasovski during the press conference.

-The world counts over 1.2 million infected and over 70.000 dead. The number of infected in Macedonia has surpassed the number of 550 citizens. We are introducing measures gradually, There wil be other people that will be losing the battle. This information is the least desired and it is very difficult to be passed and received. There are difficult moments for each but they are inevitable. The world and us included still have no answer when this will be over. We expect the biggest challenges ahead. The threat is frightening, and our behavior has to be different to the previous. Upon Committee for Infectuous Diseases’ proposal, the Government has adopted a new decision today i.e. to ban all movement nationwide. A curfew is imposed aka a ban on movement nationwide from Monday to Friday starting from 4 pm until 5 am, the next day. During the weekend, all movement is banned starting from Friday at 4 pm until Monday, at 5 am. For persons older than 67, all movement is banned during workdays except for the period between 10 and 12 h. For persons at the age up to 18, they can go out in the period between 1 – 3 pm. All gatherings with more than 2 people at public places are banned and parents are allowed with a group of their children at the age up to 14 – informed Spasovski.

He stressed that the goal of these radical measures is the protection of public health.

-This year, Easter and Ramazan will have to be celebrated at home. This year, all believers will have to send their prayers from home. Let’s send these messages of a victory over death from home. It will not make us weaker believers. On the contrary, it will strengthen our spirit because we know that we are saving lives by doing this – said Prime Minister Spasovski.