Meta.mk
World Balkans Plevneliev: Russia isn’t behaving like an aggressor only in Bulgaria but in... The current model for implementing sanctions against Russia isn’t the most appropriate one. The sanctions don’t act as they should, but not because they aren’t effective but because we are shortsighted about the ways and the measures for their implementation. USA has decided to impose sanctions on Russia about everything, including Syria and Ukraine, and their interference in the elections in Europe and the US. According to me, a group of sanctions have to be implemented that could also be withdrawn whenever the reasons for their introduction will be removed in order for them to be effective at all.

This opinion about the implementation of Western sanctions against Russia was told by d-r Michael Carpenter, the Director of the US’s The Penn Biden Center for Diplomacy and Global Engagement and a distinguished member of the Atlantic Council during the round table on the subject of “Russian Influence in Europe: Countering State Capture Risks” that was organized by the Center for the Study of Democracy and the Konrad Adenauer Foundation in Sofia, Bulgaria, last week and which was also attended by a representative of the Metamorphosis Foundation.

Carpenter who previously was a US Deputy -Assistant Secretary of Defense for Russia, Ukraine, Euro-Asia and the Balkans including control of conventional weapons, foreign policy advisor for Vice President Joe Biden, said that there is no doubt that Russia going after democracy and is using many tools at its disposal for that purpose including subversive measures, such as cyber-attacks, but West’s response isn’t always proportionate one and is creating only a blockade without allowing a truly effective response to the Russian political, economic and other forms of actions in order to accomplish the goals of the Western world.

-The sanctions have to be consequential in order to make sense – stated Carpenter at the event that was attended by the former Bulgarian President, Rosen Plevenliev, Trajco Trajkov, the Minister of Economy, Energy, and Tourism in the period between 2009-2012, Ilijan Vasilev, the former Bulgarian Ambassador in Russia, dr. Ognjan Shentov, and Mr. Ruslan Stefanov, Director of the Economics Program at the Center for the Study of Democracy.

According to the former Bulgarian President Rosen Plevneliev, it is without a doubt that Russia is present as an aggressor not only in Bulgaria, but in the region and worldwide as well, but solutions have to be sought. He addressed his criticisms towards the current Bulgarian President Rumen Radev for taking the wrong approach.

-We saw previously unseen propaganda in Bulgaria, an unseen cyber attack on the election day, against the referendum and the heart of the Bulgarian democracy. We saw that the legitimately elected government in Monte Negro was nearly torn down by a rebellion organized in a hybrid way both by Russia and the people who assisted them at the moment when Monte Negro decided to become a NATO member. The aspects are all around us, from the Head of the Bulgarian state today, sometimes in the debates at the Bulgarian parliament. It is nigh time to open our eyes and to say that the hybrid war is happening here and now. It attacks our democracy, it attacks our values, it de-installs the institutions, it infiltrates malign influences and actually it leads to dependency on foreign interests.
For eg., if the President of Bulgaria says that if Russia puts its flag in Crimea then it has the right to it, and for me, that is more than a fact that the Bulgarian President is a spokesperson for the main aspects of the Russian Foreign Policy Ministry – said Plevneliev. 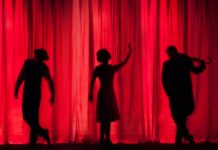