Meta.mk
MKD Pendarovski-Vajgl: The Council of EU should recognize our advancement and to make... 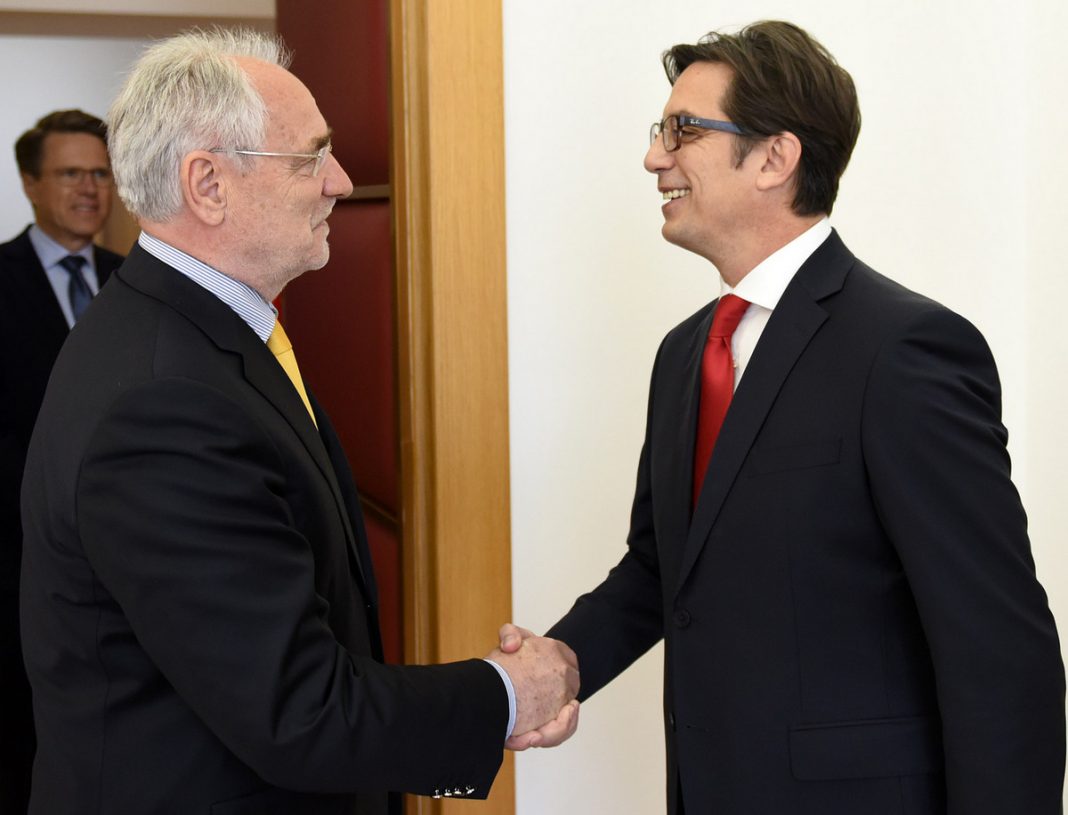 President Stevo Pendarovski has met today with MEP Ivo Vajgl and a special rapporteur about North Macedonia at the European Parliament.

“During the meeting, they were exchanging opinions about the current political situation, the current reformatory process in the context of the country’s accession into the EU including the political conditions in the EU after the elections at the European Parliament. Both speakers agreed on the need that the EU Council should recognize the efforts that North Macedonia has done and the advancements both internally and externally and make a decision for a start of the accession negotiations” announced the president’s cabinet.

Pendarovski has also wished Vajgl, whose mandate as an MEP at the European Parliament will end on the 1st of July, success in his future endeavors. Vajgl has said that his friendly support for this state will continue in the future.