Meta.mk
MKD Parliament votes in favour to announce an advertisement for appointing a new... 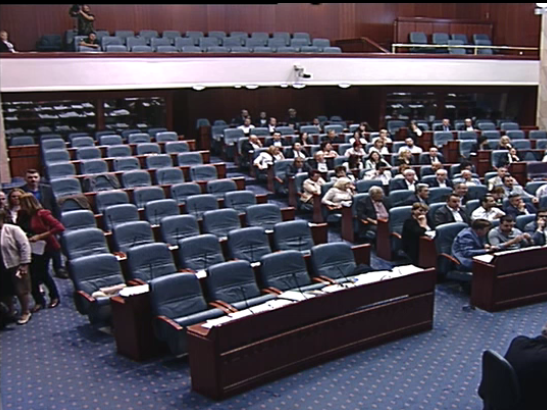 MPs in Parliament, with 61 votes “for”, voted in favour for calling an announcement for appointing a new Attorney General. During the voting, MPs from VMRO-DPMNE left the hall.

The coordinator of the VMRO-DPMNE parliamentary group, Ilija Dimovski, demanded that the vote be on Monday, because previously, the Parliament Seaker, Talat Xhaferi concluded that there was no majority.

Putting this item up for a vote, for Dimovski, is ignoring the word given by Xhaferi that the session will continue on Monday.

“For us, this is a violation of Article 8a of the Electoral Code. We would like to inform you that if you violate the given word that the session will resume on Monday, we will leave the hall during the vote”, said Dimovski.