Meta.mk
MKD Parliament is an institution that is least involved in the fight against... Parliament, as a body has so far been the least involved in the fight against corruption, believes Slagjana Taseva, president of Transparency International -Macedonia and the first president of the Anti-Corruption Commission. Similarly, MP Pavle Bogoevski, states that although legislature has jurisdiction over the laws and the election of members of the State Commission for Prevention of Corruption, as well as a supervisory function through a discussion of reports on its work, does not have the capacity to effectively conduct surveillance.

Both parties debated at the conference “Emergency Priority Reforms: Strengthening the Institutional Framework in the Fight Against Corruption: Is There Progress?” Organized by a Platform of Civil Society Organizations to Fight Corruption on the occasion of the International Anti-Corruption Day.

“Comparatively, in many Parliaments there are bodies that support other anti-corruption bodies. The anti-corruption system is not complete if everyone is not involved,” Taseva emphasizes.

Bogoevski assessed that the new anti-corruption law and conflict of interest, which is currently in parliamentary procedure, has improved the legal framework and has proven to be a great start in the fight against corruption, but it is necessary to improve the communication of the Anti-Corruption Commission and Parliament.

“Parliament elects members to the commission and reviews its work reports. In the time the reports arrive, another million others arrive, and the pace they are working is so fast that there is no time to discuss each of them thoroughly and individually,” says Bogoevski. 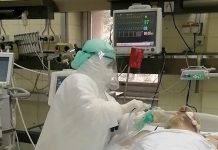