Meta.mk
Main Section Parliament has returned Chavkov and Spasov as Ministers, for SDSM it is... 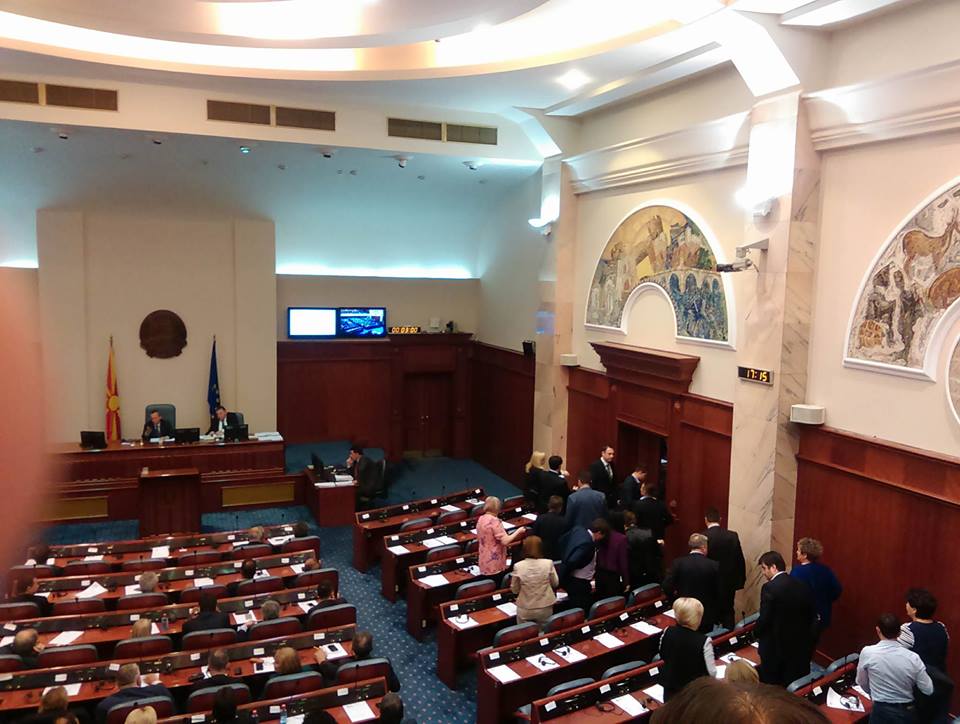 Parliament Speaker Trajko Veljanoski, at the beginning of the first session after the Constitutional Court has put on hold all previously brought decisions, concluded the resignations of Ministers Interior and Labour and Social Policy Oliver Spasovski and Frosina Remenski, as well as additional Deputy Ministers from the SDSM. Immediately afterwards “new” ministers were chosen – Mitko Chavkov for Interior Minister and Dime Spasov as Minister of Labour and Social Policy.

After this the coordinator of the parliamentary group SDSM Goran Sugareski, said that with these decisions “pardoned criminals are again forming a government”.

“VMRO-DPMNE and DUI are pushing Macedonia into a fatal scenario and with force annulled the interim government, and are now forcibly returning their previous ministers. There will be no Institutions in Macedonia. You are jeopardizing the future of Macedonia and this violence will be your responsibility. You are committing crimes on the citizens of the Republic of Macedonia”, said Sugareski.

LDP leader Goran Milevski asked interim Prime Minister Emil Dimitriev, why he did not resign because he was appointed to organize the elections. Dimitriev did not respond to the MPs question.

During the vote on the new ministers, MPs from the SDSM who wore badges from the “I protest”movement, left the hall.