Meta.mk
MKD Osmani – Palmer: Macedonia expects US support in the upcoming period as... 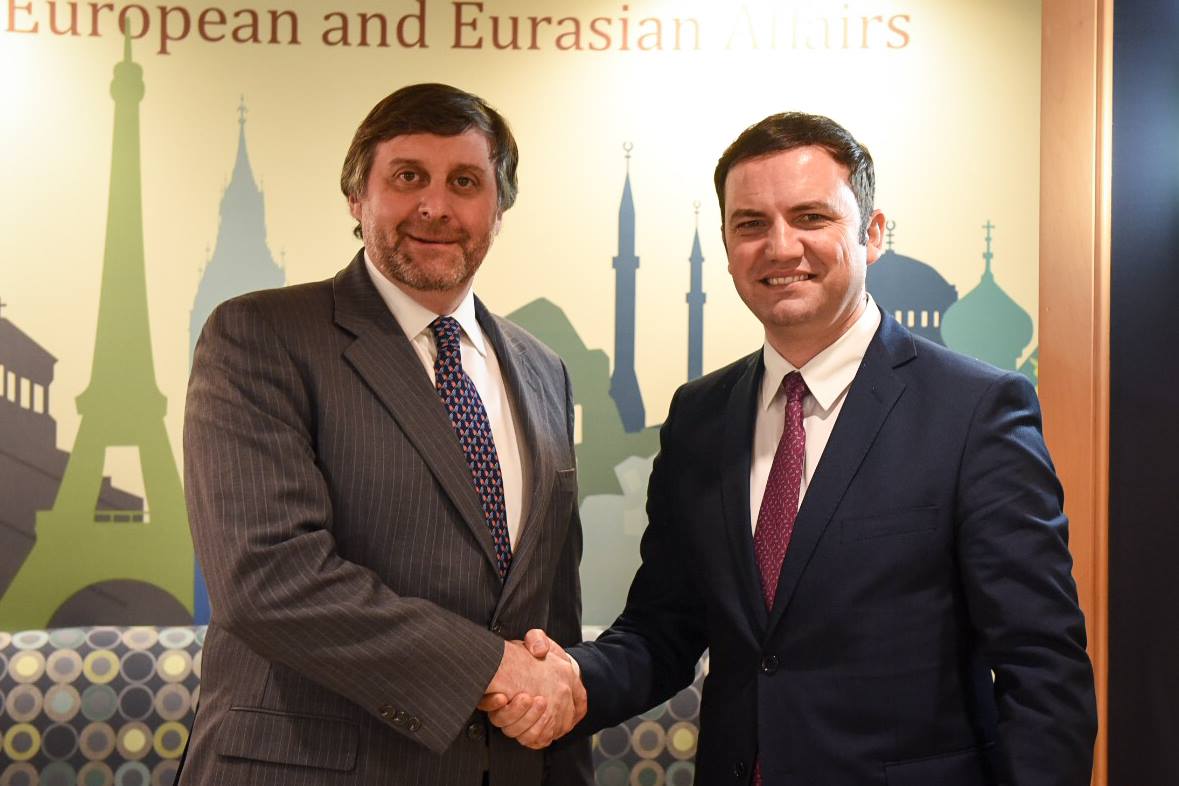 The Deputy Prime Minister for European Affairs, Bujar Osmani, during a working visit to Washington met with US Deputy Assistant Secretary of State for Europe and Eurasia Matthew Palmer at the US State Department.

He told Palmer that the success of signing the NATO protocol is a result of the strategic partnership between the United States and Macedonia, which he said he expects to continue in the future.

“The United States is more than a strategic partner to Macedonia, but probably the most important friend, whose presence and active participation have been achieved for the most important turning points of our country’s independence,” Osmani said.

The Deputy Prime Minister pointed out that Macedonia is expecting the support of the United States in the upcoming period, namely full membership in NATO and the beginning of EU accession negotiations

“Macedonia has no open political issues, and again occupies the central position in the Balkans, as the main partner of the United States, the EU and NATO in promoting democratic and western values ​​in the region,” Osmani added.

As part of his visit to the US Senate, Osmani also met with Senator Ron Johnson, chairman of the United States Senate Committee on Homeland Security and Government Affairs, who informed him of his initiative, along with Senator Jeanne Shaheen, to recommend to the EU Council in June, this year, confirm the decision to start the negotiations.

Johnson suggested that the text of the resolution is expected to be finalized and put on the agenda of the Senate early next week.

Earlier, the Deputy Prime Minister also participated in a traditional prayer breakfast organized by US President Donald Trump, and will meet in New York with the new chairman of the Committee on Foreign Policy in the US Congress, Eliot Engel.