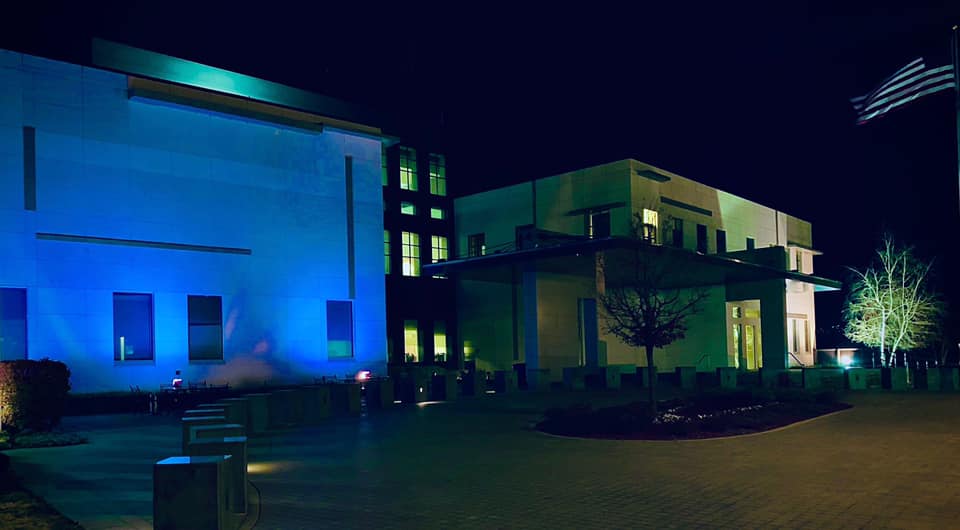 President Stevo Pendaovski and the Interim Prime Minister Olive Spasovski were speakers during today’s online debate regarding the NATO day that was organized by the Faculty of Security and the American Center for Education. On 4th of April, NATO day, an ensemble from the The United States Air Force Band from the Ramstein base in Germany performed the Alliance’s hymn and wished Macedonia a welcome as its 30th ally.

-An ensemble from the The United States Air Force Band in Europe was due to travel to Skopje to perform at a public event to celebrate North Macedonia’s NATO accession and NATO Day. Though the event was cancelled, COVID-19 could not stop the band from bringing their performance to you – said Lt Col Christina Moore, a commander of the orchestra.

The 4th of April marks the anniversary of the signing of the Washington Agreement on basis of which the NATO was founded.

“We planned to celebrate NATO Day with a visit of military orchestras from USA and Slovenia. Due to the crisis with the corona virus, it was postponed for some other time. But, here is a musical greeting from a far in honor of your accession” said the Defense Minister Radmila Shekjerinska. The NATO Day and the alliance with Macedonia were marked by the US and UK Embassies which colored their embassy residencies in blue, the color of NATO’s flag.