One quarter (25%) of Macedonian citizens say they agree with the statement “live for today and let tomorrow take care of itself”, 17% are neutral regarding this issue and 51% don’t agree with this way of living. These are some of the results of the survey conducted by OECD and INFE published in their report “Financial Literacy of Adults in South-Eastern Europe” that measures the degree of financial literacy of this region’s population.

According to the report, the people in Bulgaria, North Macedonia, Croatia, Georgia, Moldavia, Montenegro, and Romania were worried and under stress because of their financial condition and the ability to meet living expenses. 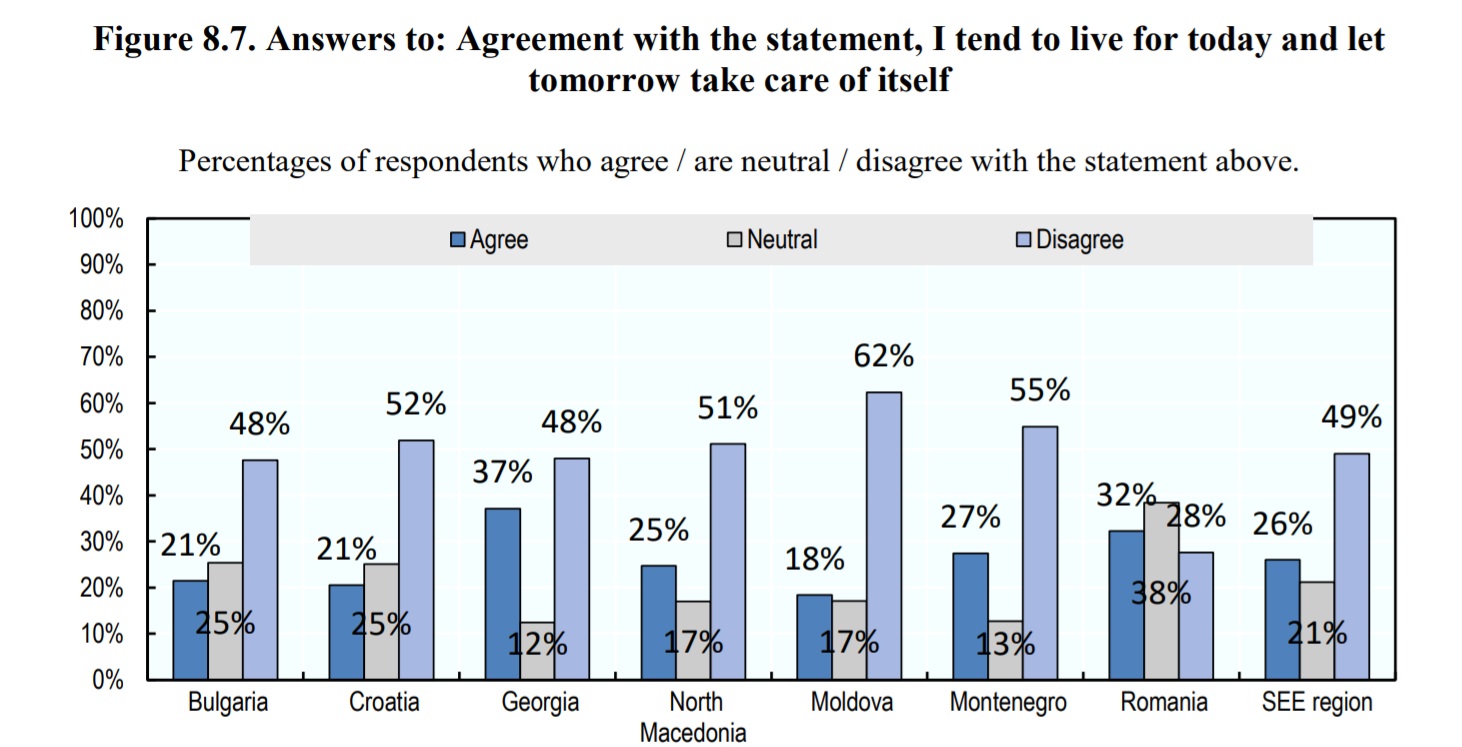 The National Bank said it is important stressed that this publication is encompassing the results of the second measuring of the level of financial literacy among the senior population in North Macedonia.

The first poll was conducted during the first quarter of 2018. The results from both polls are comparable since both surveys were using the same methodology. The National Bank also stated the period between both polls was short but the aggregate result is the same.