Meta.mk
Main Section One of the Parisian terrorists traveled through Macedonia 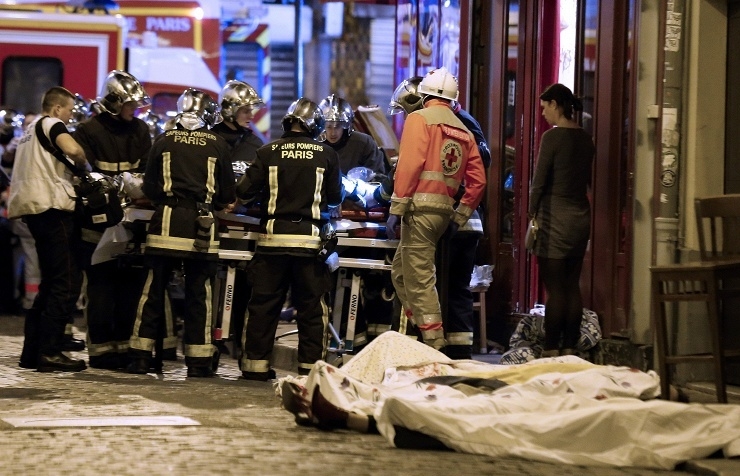 A Syrian citizen who participated in yesterday’s terrorist attack in Paris traveled through the so-called “Balkan corridor,” French television has reported. He, according to them, along with thousands of refugees from Greece passed through Macedonia, and went onto Serbia, Croatia, Slovenia, Austria and Germany, before arriving in France.

For now, this information is unofficial ,however it could be possibly confirmed by the Greek Minister of Public Order Nikos Ntoskas who said that the Syrian terrorist was registered as a refugee in a refugee camp last month on the island of Leros.

So far, the Syrian nationals identity have been kept confidential. The French authorities have confirmed that they found a Syrian passport on his body, and checks have shown that it is not a forgery.

The amendments to the Law on Asylum in Macedonia, however, from June, provided for migrants to cross the border in 72 hours. In doing so they had the opportunity to leave Macedonia within 72 hours or to seek asylum from the first officer they meet, and during their stay, they would have the right to use public transport.

Each migrant who enters Macedonia must be recorded for evidence in the services of the Ministry of Interior.

Due to recent developments with the refugee crisis, President Gjorge Ivanov after today’s tour of the southern borderline tonight shall convene the Security Council.

“The Army is already alarmed at the amount of people coming out of the “quota 59” and illegally entering the crossings are not marked, and we are not aware of .We are talking about more than 8,500 people who have in a sense fallen out of the quota 59 Once someone has avoided being registered it gives reasonable doubt about whether that person has good intentions” said President Ivanov.

The terrorist attacks in Paris, according to the President will have an impact on the refugee crisis. Damira Gregoret: We don’t have major problems with the false news in Croatia, but with the twisting of the facts