Piloting motorboats on Lake Matka, in the canyon of River Treska, is strictly banned and the Decision to declare Matka a monument of nature, that was passed in 1994 by City of Skopje’s Council determines that only electrically powered boats can traverse the canyon. According to the Decision that was published in the Official Gazette of the City of Skopje in May 1994, which is still in force, in the canyon, which is a unique nature reserve, not only that buildings and construction activities which can disturb canyon’s integrity and ambiance are banned, but also every movement of visitors without previous notice. In Matka Canyon, according to this document, not only the construction of platforms or pilotingmotorboats are banned, but no waste must be dropped nor wastewaters can be discharged. No noise nor vibrations must be made and no one can enter the caves without the guides. The decision is so thorough, it bans everyone to even pick a flower.

Each building activity means disrupting this natural rarity, but unfortunately, Matka isn’t by far as protected as it should be by City of Skopje’s Decision, says Vasil Atanasovski, President of the Institute for Protection of Natural Rarities in Macedonia, despite the proposal that this protected area with its current boundaries be included in the National Emerald Area in 2006, that was approved by the Secretariat of the Bern Convention in 2009.

“In 2010, a Study was prepared on revaluation of natural values of the protected area Monument of Nature “Matka Canyon”, as part of the UNDP’s project “Strengthening the Ecological, Institutional and Financial Sustainability of Macedonia’s Protected Area system” with funding provided by the European Union. Last year, also with UNDP’s help, a project was financed for reassessing the boundaries of the protected area, for a bill for declaring Matka area a monument of nature to pass, a procedure led by the Ministry of Environment,” said Anastasovski.

He stressed that new zoning and and a description of the boundaries, with proclaimin regime of protection for each zone was made. With the Ministry of Defense, it was determined that the hunting ground Ivanje, which is managed by the PE of Forest Reserve Jasen to become a repro-center since the hunting ground cannot be a part of a protected area. The goal is not to change the boundaries of the protected area as determined by the Study, since Matka is a very important area that is considered a nature sanctuary and an emerald area, and its protection surpasses the interests and the borders of our country.

Matka was declared a monument of nature with the Law on Protection of Natural Rarities, dating from 1973. After the Law on Nature Protection was passed in 2004, all protected areas that are determined on the basis of older laws should be declared again. This also includes Matka, and the procedure started in 2010, but it isn’t finished yet. The Ministry of Environment states that in 2014 a Draft Law for Declaring Canyon Matka a Monument of Nature was prepared with proposed outer boundaries. 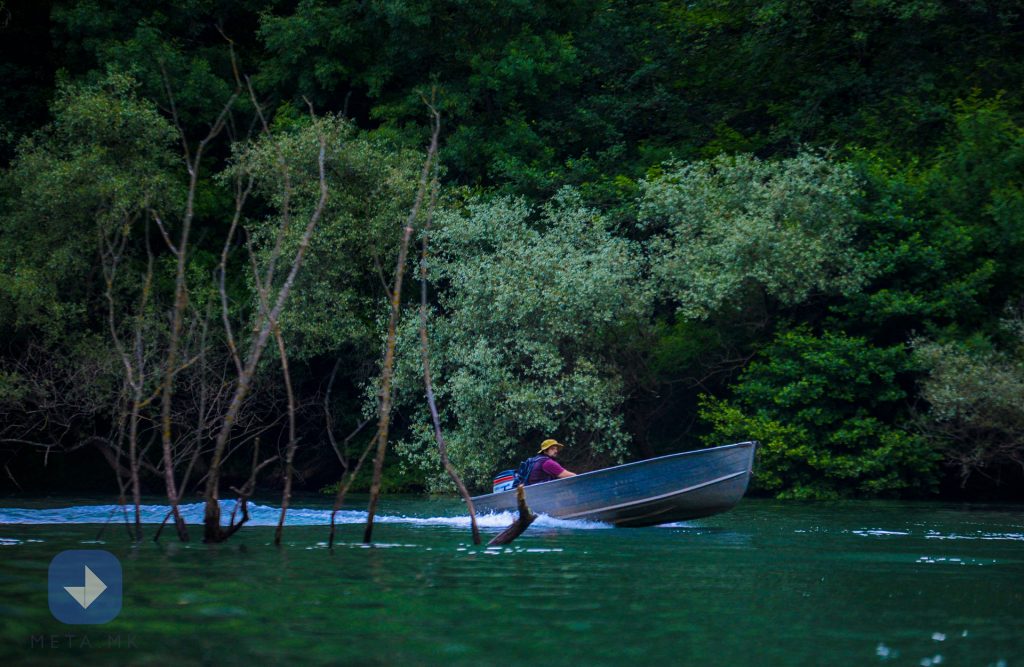 “In order for the Ministry to submit the Draft-Law to the Government, previously all priority activities for revising the proposed outer and inner boundaries of the zones with GIS data and narrative descriptions have to be finished, including the appointment of an administrator proposed by the City of Skopje. At the moment, with the Draft-Report Containing all proposed zones, we are waiting for the City of Skopje to submit a final version of this report and a revised Study for Revaluation of Natural Values of the protected area Monument of Nature “Matka Canyon”. The study should contain a harmonized stance by all concerned sides, the city of Skopje, Jasen, the Ministry of Defense and the municipality of Saraj concerning the outer boundaries and zones, including a harmonized stance about the managing the protected area so that the procedure for the declaration to continue” said the ministry.