The birth rate in North Macedonia has decreased and with lesser live births, the population is aging. The older population is predominant and, accordingly, the mortality rates in the country are on the rise. Still, in the last three years, we are seeing such high mortality rates that we have never been seen before.

Those are the remarks told to Meta.mk by Doncho Gerasimovski, a specialist in the area of statistics and former Director of the State Statistical Office (SSO). If we look at thhe latest numbers provided by the SSO, the number of deceased people in the country during the third quarter of 2021 (July – September) is 7 209, which is an increase by 30.7% compared to the same quarter in 2020.

“The numbers that refer to mortality rates in 2021 are very high, and the mortality rate is higher compared to the previous periods. I have an analysis about the first 9 months of 2021 which shows 21 633 deceased persons. I expect that the new report from SSO, due by the end of February, to show record number of increased mortality rates so far,” said Gerasimovski.

As he explains, the negative growth has started in 2019 i.e. then for the first time the mortality rate overcame the birth rate. 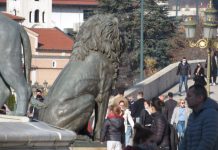 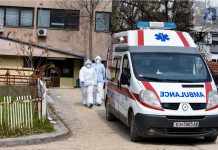 In a week, number of COVID-19 positive cases increased by 35.5 percent, mortality by 7.1 percent