Meta.mk
Main Section No jail time for Jankuloska and Bozinovski 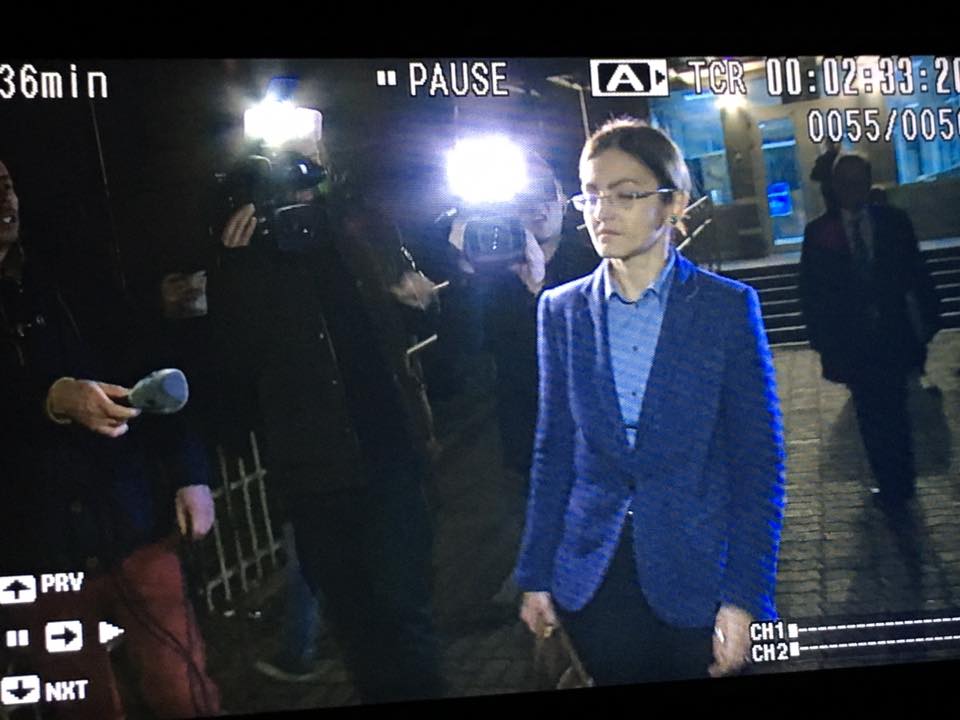 The Judge of the preliminary procedure rejected the request from the Special Public Prosecutor’s Office and decided not to take into custody for pre-trial detention the former Interior Minister Gordana Jankulovska, and the Secretary General of the Government Kiril Bozinovski, both prime suspects in Operation “Titanic.”

Jankuloska, Bozinovski and two other people were yesterday questioned at a preliminary proceeding before a Judge from the Organized Crime and Corruption Department in the Basic Court Skopje 1.

In the midst of this matter, the court rejected all requests from the SPP for pre-trial detention of the eight suspects in Katica Janeva’s first operation.

“Today, the Basic Court Skopje 1 called upon persons G.J., K.B, K.T. and N.V. before the Judge at a preliminary procedure for Organized Crime and Corruption for questioning, as the Prosecution Office for prosecuting related offences arisen from the illegal interception of communications, have submitted a request for the detention of the suspects to ensure the smooth running of the criminal proceedings. After hearing the defendants in the presence of their attorneys, the judge from the preliminary procedures, and within the legal period of six hours after the hearing, we have come to the decision to reject the requests for detention from the prosecution, ” the court statement said.

The Special Public Prosecutor now has 24 hours to appeal the judge’s decision. The appeal, according to the Criminal Procedure Code, is a procedure where the Council of the Criminal Court, which is made up of three judges decides the appeal.

Recently, the former Interior Minister Gordana Jankuloska, former Minister of Transport and Communications Mile Janakieski, the Secretary General of the Government Kiril Bozinovski, and the Mayor of Pustec Edmond Temelko, who are all prime suspects in Operation “Titanic” were all questioned in a hearing before a judge.

None of them were detained by the court, even though the SPP requested pre-trial detention for all suspects in Operation “Titanic”.

For the former ministers, the Mayor, several members of the Municipal Election Committees, judges in the Administrative Courts and the Secretary General of the Government, Kiril Bozinovski, they all have official open investigations and have been charged with, organized crime, violation of the right to vote, violation of the freedom to vote, bribery and the destruction of electoral material .