The environmental organizations alarm that the planning and the building of micro hydro power plants on the Shar Mountain and the issuing of concessions for them should stop. These energy facilities provide minimal contributions to the country’s total energy balance, but are causing enormous damage to the rivers’ potentials, which due to the climate changes are providing less and less water supply for of the local population and the surrounding environment. The proposal to declare Shar Mountain a National Park should contribute to protection and conservation of this location’s values and its waters take up a significant place here.

At Shar Mountain, there are a large number of hydropower plants out of which the most significant one is the hydro-system “Shar Eyes” which was finished by the end of the ’70s from the previous century. It already has a serious impact on the hydrology, since it collects the waters from one-third of the rivers of Shara Mountain. The cumulative effects and the pressure on the water potential will be increased when the numerous hydro power plants will be added, water drinking facilities, and the pollution of streams caused by the villages, the holiday homes, sheepfolds…

The data provided by the measuring stations show a continuous drop of the rivers’ flow, said Prof. Dr. Slavcho Hristovski of the Institute of Biology and President of the Macedonian Environmental Society. There are many reasons for that, including climate change. This is seriously impacting all ecosystems – the forests, pastures, meadows and the facilities located on the rivers carry a risk of disruption of natural processes and dangers of landslides, deluges, erosion, and other risky events, that have already taken lives on Shar Mountain. 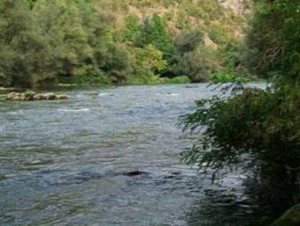 “Because of that, we think that the building of minor hydropower plants at Shar Mountain should stop. This is the opinion of most of the environmentalists in Macedonia when it comes to protected areas ,but also concerning the whole territory nationwide. I consider the production of electric energy by the minor hydropower plants only as a profitable business in Macedonia, that we have very little benefit from an insignificant production of electric energy, and as a result, it carries an irreversible degradation of one of the most beautiful and important canyons and gorges in Macedonia. We are witnessing that numerous rivers were left without water during the summer season due to various facilities. The minor hydropower plants are completely opposite with the effort of developing mountain tourism in our country,” said decisively Hristovski.

Antonio Jovanovski of the civic organization Go Green says that environmentalists do not consider hydro energy as green energy because of the destruction of biodiversity, the changes in the eco-systems, and the influence on the local population that is happening due to the building of hydropower plants. 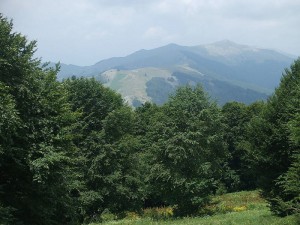 The efforts to declare Shara Mountain a national park by the environmentalists are directed at improvement of the situation with the mountain’s waters i.e. how to preserve the rivers that at the moment are in a natural state and monitoring of the watercourse is conducted on places where different facilities are located. That way, quality water and conditions for preserving the living environment will be secured, including drinking water and other needs for the local population.

“The protected areas have the goal of securing better living conditions for the local population and do not favor projects that will use the resources for various businesses and companies out of the area. By declaring Shar Mountain a national park, the functioning of the existing hydropower plants will continue, but with increased monitoring in order to secure observance of legal regulations and improvement of the condition of the environment,” said Hristovski.