Still, it is disappointing that up to now no case of wild animal poisoning in North Macedonia ended with a fine for the perpetrator. There were no fines or punishments even in the case of poisoning animals from protected or endangered species. The investigations of the cases of wild animal-smuggling are also far from their conclusion. The wild animals aren’t taken into consideration when new roads are constructed, so with the lack of biological corridors, the animals often become victims and the causes of road accidents.

Speaking for Meta.mk, the Skopje Zoo Garden’s spokesperson said that, unfortunately, in North Macedonia very little attention is paid to the animals, including the wild animals and the stray animals in the urban areas.

“We are witnessing the extinction of the lynx, species that we have to be proud of. We are witnesses of constant illegal hunting and brutal killing of the bear, the wolf, the deer, the roe deer. Many wild animals are held in captivity, on a chain, leash, or in a small cage, all around the country, and plenty of restaurants display illegally stuffed animals,” Tina Mickovska explains.

In a relatively short period, the Skopje Zoo improved the living conditions for the animals significantly, especially for the babies and the new animals, and is often presented in the international media, such as the National Geographic. Mickovska hopes that in near future there will be many new improvements, including a mini quarantine – Shelter center that will equip them to respond to everyday pleas for providing help for an outside animal.

“One of the following steps is to renovate the bear enclosure and to improve bears’ living conditions,” Mickovska sasy.

Zoos with inhumane conditions, although the welfare of the animals is most important

But, unlike the zoo in the capital, the situation in other zoos throughout the country is disappointing. Mickovska said that she has mixed feelings following her visit to the Bitola Zoo.

“They should invest a lot and renovate the enclosures, provide veterinary care for every single animal… In Shtip there is also a zoo, from where I saved the bear cub Teddy, and this zoo ought to be renovated or closed, if renovation proves impossible. I think that the competent institutions should impose tighter control over these zoos. Still, what is most important is animals’ welfare!,” Mickovska urges.

The Macedonian Ecological Society’s (MES) stance is that the wild animals shouldn’t be kept in captivity, unless it is in a certified zoo garden or a sanctuary.

“In this case, appropriate conditions should be created, i.e. the enactments of the European Association of Zoos and Aquaria (EAZA) should be implemented,” Aleksandar Pavlov from MES says.

Pavlov thinks that what is necessary is to strengthen the capacities of the controlling bodies, but also education of the population in order to raise the public awareness of the importance of the wildlife and the biodiversity as a whole. According to him, despite the existing legal regulation that is governing the protection of the wild animals, the poaching is a result of authorities’ lack of capacities to control vast areas.

“It seems that the protection of the wild animals isn’t ranked high on the country’s list of priorities,” stressed Pavlov.

“In the past several years, we had many situations when we had to save injured wild animals and birds or cases of illegal trade with wild animals on the internet. Throughout the country many wild animals are kept in captivity in bad conditions and illegally, but in cooperation with the State Environmental Inspectorate and MMOI, we arrived at a disappointing conclusion – we go there together, we confiscate the animals, but what is actually going to happen later, where we will shelter them, is a great unknown,” says Mickovska, pointing out there is no feasible solution to this huge issue.

“This is actually the sore point! There is no place where we can accommodate the animals. Although part of the institutions want to cooperate and fight against these issues, in the end, we are back where we started, because there aren’t any centers that provide animal shelter. Else, from the information provided by the Customs Administration, we see that most often people smuggle parrots and reptiles, and the most scandalous case was the smuggling of the lion cubs,” said Mickovska, while reminding about the case ot the lion cub Simba the lion cub that people from Kumanovo bragged about on social networks.

The animal rights activists appeal for action in cases when wild animals are illegally kept in captivity in various catering facilities or private homes.

Mickovska, also stressed that every Zoo has to have a permit issued by the Ministry of Environment and if it doesn’t have such a permit, it is evident that this is an illegal Zoo. She stated that many restaurants have private zoos that should be controlled, but this again raises the question: “Where can the seized animals be accommodated?”

MES has been supporting the initiative for opening a shelter for wild animals. Its mission would be to provide care for injured animals or young cubs without their parents, who need medical help i.e. assistance until they reach an age where they will be able to live on their own in the wild.

The need of such center was recognized at least 20 years ago , and the need has grown in the last 8 years.

According to the activists, this center, for which there still isn’t any information from the institutions when it will be built, can be used for creating a space for providing shelter for seized animals.

The professor at the Faculty of Veterinary Medicine -Skopje, Misho Hristovski, in a conversation on this subject that happened a long time ago, stressed that if this center was built by now, the lion cub Simba could have been sheltered there. Pavlov thinks that this center is necessary and that it has to be built as soon as possible.

Due to the lack of such facilities, Mickovska was forced to ask for help from foreign organizations.

“We work mostly with Four Paws, a non-government organization for animal protection that fights to save every wild animal. They helped me even in the saving of Teddy the bear together with the Brigitte Bardot foundation and I’m eternally grateful for that. We shall be working together in the future on rescue missions, and I’m hoping to work with them more in the future,” said Mickovska. She also thinks that in Macedonia we need more sanctuaries where injured or saved animals will be sheltered from smugglers and poachers.

“And not just one, but more. One sanctuary for bears, one rescue center for smaller wild animals, како including fenced reproduction centers in the national parks. This is what has to be done urgently and I will plea everywhere until these demands by activists and experts are met,” concluded Mickovska. 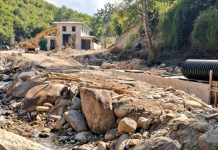 Shar Mountain was declared a national park a year ago, but still no one knows whether small hydro power plants will be built 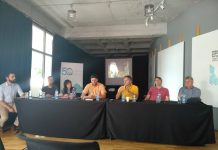 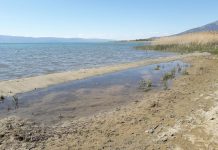