Meta.mk
MKD Nikola Gruevski will not be given his passport and the “bombs” were... 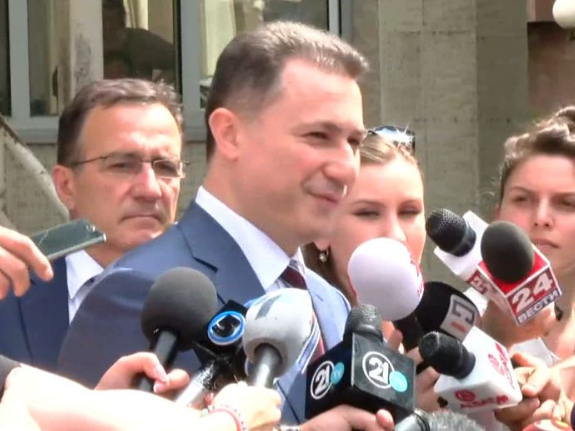 The Criminal Council of the Basic Court Skopje 1’s Department for Fighting Organized Crime and Corruption has rejected the request by Nikola Gruevski to have his passport returned, announced the court on its website. At the same time, the wiretapped conversations were removed as evidence in three cases with an explanation that they were illegally acquired.

Apart from Gruevski, the former Head of the Secret Police, Sasho Mijalkov and his chief of staff, Toni Jakomovski have asked for their passports back. The SPO had requested that Gruevski be placed into custody for the “Titanic” case however, the court only confiscated his passport.

The decision states that the accused Gruevski, or his lawyers, who submitted the request for the return of the passport, have the right to appeal to the Court of Appeal within three days.

At the same time, the Council decided that the telephone conversations are evidence that were illegally acquired and are in violation of the rights and freedoms that are determined by the Constitution of Macedonia. An identical decision was made for the “Toplik” and “Torture” cases.